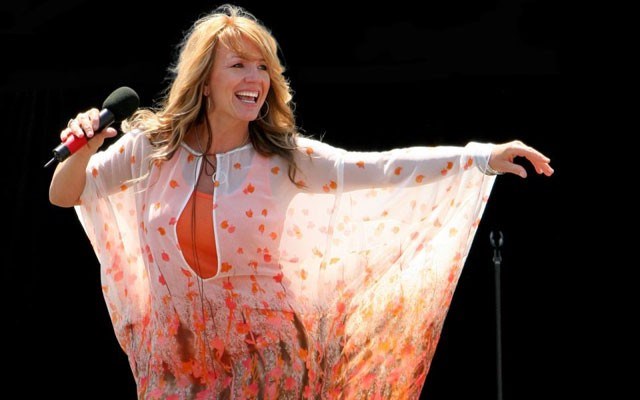 When weary travellers arrive to kick off a week of partying, music and skiing at Whistler Pride, songstress Kim Kuzma will there to greet them.

Kuzma is performing her jazzy, easy listening music at the Welcome Reception at The CABN, the lounge set up at the Aava Whistler Hotel on Sunday, Jan. 22, starting at 4 p.m.

A Canadian who currently divides her time between Puerto Vallarta and Maine, Kuzma has a longstanding fan base in the LBGT community from here to San Francisco and beyond.

"My relationship with the community started in Vancouver, I started playing at the Royal Bar (on Granville, now closed), a place that was very welcoming of the gay community," Kuzma recalls. "I was terrified the first time I performed, but I realized the campier and more fun I had on stage, the more they loved you. I'm a huge advocate for the community and they've returned that loyalty and love to me tenfold.

She adds that many performers cannot be who they really are on stage; they are forced to be cognizant of the crowd they are singing to.

"But with the gay crowd, I can be myself and have fun and make them laugh. It's everything I love about being in this business," she says.

Kuzma is currently a resident performer at The Front Porch piano bar in Puerto Vallarta — the town has been her mainstay in the winter months for the past 12 years (apart from moments like Whistler Pride).

She is quick to invite everyone she meets to Mexico to see her perform. If you're reading this, you're invited, too.

"One of the really cool things to come out of Puerto Vallarta has been that it led to invitations on gay cruises. It's so much fun," Kuzma says.

"I get to see friends from Vancouver, San Francisco, New York, and Florida. Men and women from all over come on this ship, some have over 3,000 people on them. It allows you to branch out to that many more people in a week.

"Even my 72-year-old mom, who has been with me a couple of times, says she doesn't think she'll ever be able to take another straight cruise after being on it."

"Latin favourites. It's a competitive place and you have to keep repeating yourself," she says.

"One song with be Dolly Parton's 'Jolene' and I will mix that with Rihanna. It all has the styling of The Gypsy Kings and rumba behind it. It's very unique and made my four-piece band the top-selling show for two years here in Puerto Vallarta."

She recently released her latest album Acustico II, a follow up to the first Acustico album. Both will be available for sale at the Welcome Reception.

"I do a mash-up of Cher, Shirley Bassey, Enrique Iglesias. We do a version of 'California Dreamin',' which is spectacular," Kuzma says. "I never used to like the song before, but now I love it. We do a great version of 'Sweet Dreams' by the Eurhythmics, lots of trumpet."

This isn't the first time Kuzma has been to Whistler. She used to be a regular.

Originally from Dawson Creek, B.C., she used to come up to Whistler to ski after moving to Vancouver.

"I don't snowboard. I've seen enough people try to learn. My butt is flat enough and I don't need to be falling on it all day," she laughs.

"But skiing, I love. But I think I only have a dollar pair of Shoppers Drug Mart gloves and that is it for warm clothing. I don't have the winter gear — and three tank tops is not going to make a sweater. Hopefully, I will be able to get a couple of runs in, that would be great."

Tickets are $20 plus taxes. For more information and to purchase tickets, visit www.gaywhistler.com.