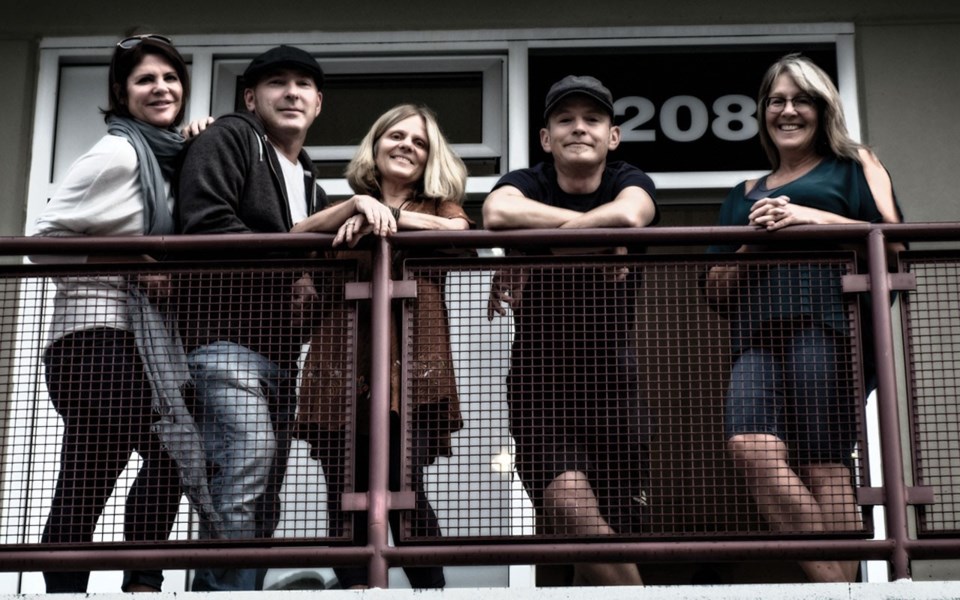 big band Laura Nedelak and her band are set to perform at the Maury Young Arts Centre on Sept. 6. PHOTO submitted

Laura Nedelak might be on the cusp of releasing her third album, Timing, but the inspiration to write more songs won't stop flowing.

A couple of weeks ago when Whistler was blanketed by smoke from forest fires burning around the province, she couldn't help but pull out her guitar and articulate her feelings.

"How does someone go sequester themselves for two months and write a song? I need stuff that's going to fire me up," she says.

She recorded herself and her acoustic guitar playing the new track and posted it to Facebook.

"The days on earth are numbered/ Big oil must stop its plunder/ What is driving us under/ is greed and corporate thunder," she sings with heartfelt sincerity.

"The role of an artist (isn't) to shy away from heavy topics," she adds.

Her latest album, which is three years in the making, fits that ethos too. One track in particular, called "Just Headlines," combines plucky, upbeat ukulele with lyrics about Alan Kurdi, the Syrian toddler whose body washed up on shore after he and his family attempted to flee their home country.

Even now, three years after Kurdi's plight made headlines, Nedelak chokes up recalling the image. "It's a lively, chipper song, but the lyrics are dark," she says.

Overall, the album aims to move away from the folky sound of her past and move in a more rock 'n' roll direction. "But there's a little bit of everything," she adds. "There's a jazz tune, my 'rap' song, but it's more spoken word, and something a little motown-ish."

The liner notes of the record reads like a who's who of the Sea to Sky corridor. Nedelak has lived in Whistler for decades and has forged many friendships along the way.

She's careful to give credit to each of them. Her band, meanwhile, is made up of Carol Severson on keyboards, Tony Moser on bass, Eric Lightfoot (that would be the son of the legendary Canadian musician Gordon Lightfoot) on drums and Rita Kyle on backing vocals.

From album art to additional instrumentation, several other also helped along the way, she adds.

"Writing and recording songs is one thing, but having other people embrace them, there's no better payback," she says.

Another driving force behind the album was recording engineer and producer Nino Celella at Squamish's Sound & Soul Studios. "He's encouraging, not discouraging," Nedelak says. "He says what he needs to say in order to get the best out of you. It's never negative; it's constructive, deliberate and honest."

Nedelak and her band will be celebrating the official release of Timing with a show at the Maury Young Arts Centre on Thursday, Sept. 6. The Dawn Walsh Trio will open and the evening will double as a fundraiser for Cheryl Morningstar and her family.

Morningstar, a friend of Nedelak's, was badly injured in a biking accident last year. "It's to offset medical costs," she says. "They're enormous."

To that end, she's been collecting items donated by local businesses for a silent auction. All proceeds from the evening—which will be entry by donation—will also go towards the cause.

As for celebrating the album itself, "It feels so good to have finished it," she says. "I never thought I'd finish it."