Less Than A Second Away

DL Incognito readies to drop fifth full-length, Someday Is Less Than A Second Away
Jan 28, 2011 7:58 AM By: Holly Fraughton 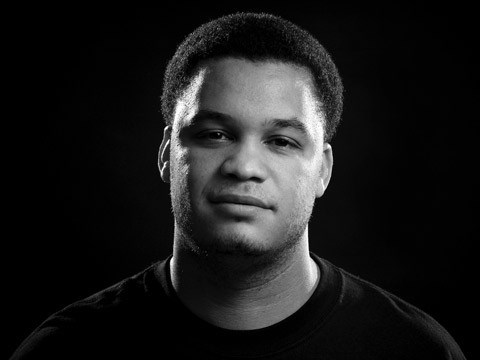 You'd think that in Whistler, a town that offers up a sea of fresh faces at each and every show, it would be hard to spot a repeat customer. But Oliver Nestor (better known to legions of Canadian hip hop fans as DL Incognito) always manages to pick out a few familiar fans, especially at his Whistler shows.

The Pique caught up with him late last week in Toronto, right before he headed out on the road for a ten-date tour of Western Canada, which launches right here in Whistler. But this definitely isn't DL's first trip to the Whistler rodeo: he's well acquainted with our hip hop-loving crowds.

"I always have a good time up there," he chuckled.

"I'm not just saying this because we're having this conversation, honestly, Whistler's one of my favourite places to go and rock and do shows and even just hang out!

"There's something about going somewhere just to do something that you love, and I think that energy translates really well when people get a chance to go out to Whistler to do shows."

On this upcoming tour, DL plans to blend older fan favourites with cuts of some new material from his upcoming album, "Someday Is Less Than A Second Away." While that project has actually been in the works for quite a while (it was expected to be released last spring), the timing just wasn't right. So to all the fans that have been anxiously waiting, I say: "relax, it's on the way."

"We're pretty deep into that record and it should have been out by now, but you know, we're still kind of fine-tuning everything and getting prepared for probably a spring release," DL explained.

"I'm not necessarily a perfectionist, just because I think you learn a lot from your flaws and your mistakes, and I think every record that you do should always not only be an evolution, but also a representation of where you are in your life."

That seems to be DL's musical mantra: "evolution over revolution," focusing on growing his sound organically, not forcing it to fit conventional molds.

As an MC, it goes without saying that wordplay is crucial to DL's craft. But unlike many modern-day MCs, he seems to have mastered the art of delivering a message without being up on a soapbox.

"I've always been a big fan of artists like Nas, A Tribe Called Quest ... Q-Tip was a big influence to me," he explained, "I thought that those artists and even like today, when you think of a Mos Def or a Talib Kweli, those artists have always found a really good way to be very organic, very smart, very socially-aware, but they're having a good time and they're not beating you over the head with a message."

Despite his stage name, DL hasn't been "on the low" for quite a while now (since 2005, he's been nominated for three Juno Awards). He's one of the most popular MCs on the Canadian hip hop scene, a humble guy who genuinely seems to be all about making intelligent music he can be proud of not only today, but tomorrow.

DL released his debut album, "A Sample and a Drum Machine," back in 2002, and followed that up with a "Life's a Collection of Experiences" in 2004 and "Organic Music for a Digital World" in 2006. His most recent release was "A Captured Moment in Time" in 2008.

Through it all, DL has remained independent (despite other opportunities), because as he explains it, his music is a labour of love.

"It's something I enjoy doing, so I'm content with where my reach is and I get a chance to go out and do some really great shows in front of some really great people, people who get it and understand the type of music that I'm trying to put out," he paused, "For me, it's good to be indie and it's good to stay within the same group of people the helped me come up."

But his indie status hasn't shielded him entirely from dramatic shifts in the industry. As he points out, even the process of creating and releasing new music has definitely changed.

"Each year that goes by, the Internet plays a bigger part of your music strategy. So its no longer trying to get some 12-inches out to some DJs, now its, 'How do you get your mp3s played? How do you get the right DJs to have them?'"

And that's not the only change.

"It increases your competition, because now everyone is able to cut records! You no longer need to necessarily have a deal or spend time in the studio or do a lot of the things that you had to do in the past. Now, a lot of people can put music out, but just because there's a lot of it doesn't mean there's a lot of quality music out there."

"We want to keep doing what we've been doing, but also stay interesting and relevant, and I need to make myself happy, as well, because if I'm bored with music, then I'd just quit and not do it anymore."