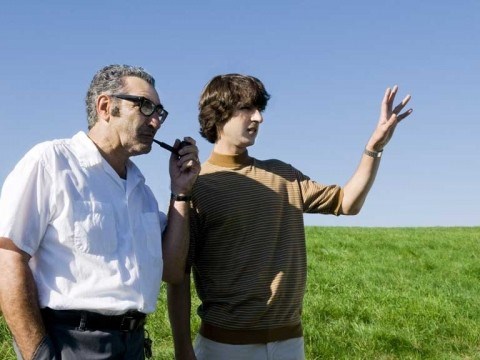 Village 8 Cinemas are typically home to all kinds of big box office hits (and flops) but they're about to get an infusion of alternative spirit with the launch of the 2009 Reel Alternatives screenings.

Stacey Donen, artistic director of the Whistler Film Festival Society, has had a busy few weeks, checking out what's on offer at the other major Canadian film festivals. And now WFFS has released its exciting (albeit small) selection of films that make up the 2009 Reel Alternatives screening series.

"It's definitely about bringing films to the community that wouldn't otherwise normally be seen in sort of the multiplex kind of thing," said Donen. "The idea is to bring alternative films and really good films and mature, thoughtful films, and not just big budget, epic, Hollywood movies."

Normally the series, now in its sixth year, kicks off in October and runs until March. But this year, the Olympics are cutting into the alternative film offerings, with the series ending in mid-December.

"There's going to be a lot going on in Whistler, and I just don't think we wanted to get in the way of that," Donen explained.

Donen just joined the WFFS in June but in four months he has seen a demand for high-quality documentaries and international films.

"I don't think that's just even here. I think that's most anywhere that's not a major metropolitan area, because we do this through the film circuit, and they have probably over 150 communities across the country that they deal with in terms of this kind of programming," he said.

First up in this year's lineup is Taking Woodstock , which debuted at the 2009 Cannes Film Festival. Academy Award-winning director, Ang Lee, is the man behind this comedic masterpiece, which is inspired by the true story of Elliot Tiber (Demetri Martin) and his family, who accidentally played a huge role in the Woodstock Music and Arts Festival in the summer of 1969.

"It was made with the 40 th anniversary of the 1969 event of Woodstock, which was definitely a generation-defining experience," Donen explained.

Next, in November, the acclaimed documentary, Food Inc. will explore the concepts of sustainable living, modern food production and what these things mean to our health.

"It's definitely the most popular doc out there," Donen said.

The final of the series is Bright Star , a new romantic drama from Oscar-winning director, Jane Campion.

"It just got released at the Toronto Film Festival to really rave reviews, and it's a definite lock on an Oscar nomination for this year," Donen said.

The three selections represent what Donen believes to be a well-rounded offering to the film-loving public in Whistler.

"I think in terms of alternative lifestyles, Woodstock being sort of a big moment in a lot of people's minds of what it meant to be different in the world, and then Food Inc . again is about sustainable living, and I think that Whistler is a sustainable community," Donen said.

"...I wanted to add a bit of mix of different kinds of films, so we have a little of a light comedy, we have a documentary about issues that are very pertinent to our community, and then we have something that's just a quality, good film."

These films won't be included in the Dec. 3-6 WFF lineup, so this is the community's only chance to check them out on the big screen, locally.

"I hope that people take this opportunity to see these really amazing films," he added.

"...We complain about how there's very little creative content out there coming out of mainstream media and what we normally get to see, so it's an opportunity to do something different."

Tickets are available at the door at each screening for $10, but they can sell out quickly, so purchasing a subscription is recommended. Check out www.whistlerfilmfestival.com .