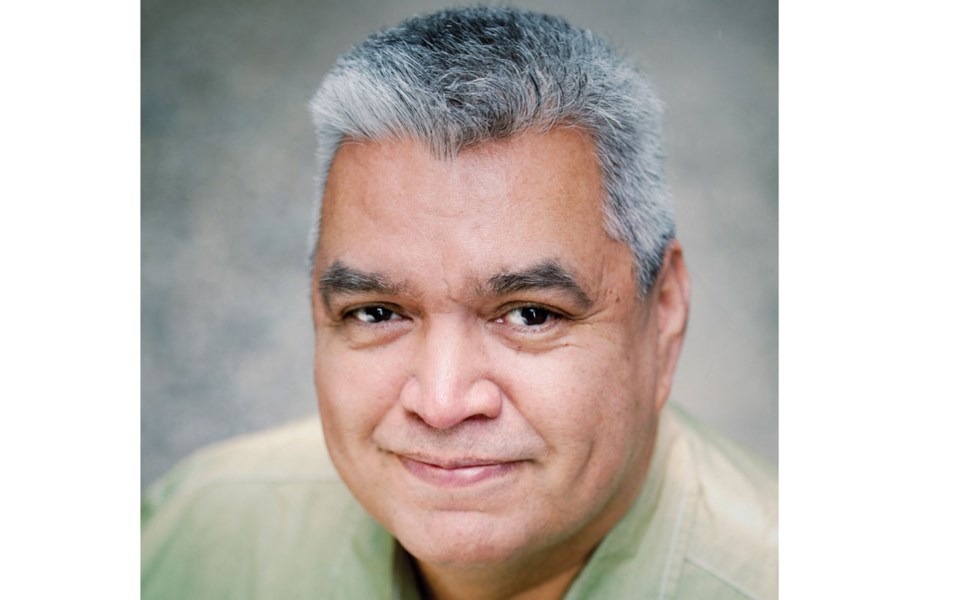 Russell Wallace is this year’s artist in residence at the TD Vancouver International Jazz Festival. Photo by Mark Mushet

When Russell Wallace was growing up in Vancouver, his father actively avoided teaching him and his siblings the Lil'wat language.

"Both my parents were fluent in our language," Wallace says. "There were 11 of us children. My father made a decision a long time ago not to teach us the language because of what he experienced in residential schools. He wanted to save us. It was out of love for us."

Today, Wallace isn't fluent in St'át'imc, but he picked up enough of it from his mother singing traditional songs to incorporate it into his own music. "Through the music I learned a lot of the language," he adds.

On Friday, June 21—National Indigenous Peoples Day—Wallace will debut the Tillicum Shantie Project, a jazz ensemble that combines traditional Lil'wat music with jazz, for the TD Vancouver International Jazz Festival. The festival chose Wallace as as this year's Indigenous Artist in Residence.

"I've worked in the jazz community with different musicians over the years," he says. "One of my bigger projects was writing a musical about (Native American jazz singer) Mildred Bailey. I've been working on these songs for a long time in different capacities. It's really fun working with Tony Wilson, who's a jazz guitarist based around Vancouver. We would sometimes jam together. I'd sing a traditional song and he'd play along with his guitar. We'd figure out an arrangement."

Wallace has plenty of experience collaborating, particularly on film and TV soundtracks. Last year, he won a Leo Award for Best Musical Score in a documentary series for 1491: The Untold Story of the Americas Before Columbus.

"I'm always working on soundtracks for film and dance," he says. "I started way back in the '80s when I went to theatre school. I sang and played guitar when we were doing student performances ... I knew the language of film and theatre directors. That helped me and helped them."

While he's never lived in Mount Currie he's collaborated with other Lil'wat musicians living there, like Leroy Joe and his band The Spiritual Warriors (formerly Kalan Wi).

"I definitely would love to learn more, but I'm feeling at my age becoming fluent is a real challenge," he says with a laugh. "In Vancouver we're not exposed to very many Indigenous languages at all, but it is a hope of mine to become fluent. There are so many cool things about our language; expression and insights into the land."

To that end, when writing in the St'át'imc language, he often starts out with the music before plucking phrases—sometimes simple ones—and incorporating them into the lyrics.

"Some of those songs I've written are basically counting to five," he laughs. "It's finding a way to have the language, but also teaching. Young kids hear counting to five and learn to count to five with music—it's like Sesame Street."

Even having a working knowledge of the language and traditional songs is valuable, he adds, considering how close the Lil'wat came to losing both during the Potlatch ban.

"My mom talked about Mount Currie back in the '40s when it started to come out from the underground," he says. "She learned a lot of songs from there and continued to sing them throughout her life. It's been a short time we've been allowed to sing it ... I'm so thankful to all the elders who kept those songs and shared them."

During his residency shows with the jazz festival on June 21—and at an additional show on June 28 from 5:30 to 7:30 p.m. at 630 Hamilton St. in Vancouver—Wallace says he'll perform original songs composed for the festival as well as a number of traditional Lil'wat songs and covers by Mildred Bailey and Jim Pepper.

"It's really great to be working with really great musicians, but also sharing culture we weren't allowed to share for a long time and keep those elders' visions moving forward," he says.