Under new ownership and management, Nita Lake Lodge embarks on new musical journey with Alice Newton at the helm
Jun 11, 2010 7:17 AM By: Holly Fraughton 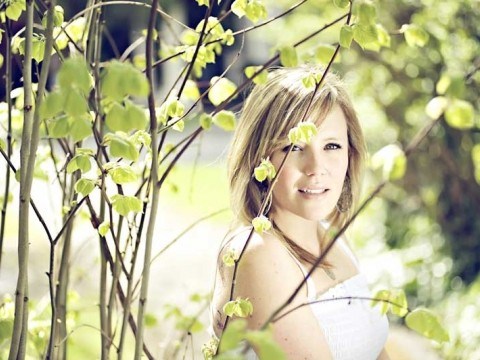 Things have been quiet at Creekside's Nita Lake Lodge since the boutique hotel opened in early 2008 - a little too quiet. But over the past few weekends, things at the lakeside lounge have gotten a lot livelier, thanks in part to local singer/songwriter Alice Newton.

The 25-year-old performer has been charming a growing crowd of guests with her natural, quiet confidence, easy smile and dreamy acoustic tunes.

"I've just always loved music," Newton reflected, as she nibbled on dinner before her performance last Friday night. "It started when I was really young, and at first I was playing the piano when I was eight and then I think when I was 16 I picked up a guitar."

The ambitious musician taught herself chords, started writing songs and soon had worked up the courage to play for an audience. She approached the management of a local café in her hometown of Sydney, Australia and asked if she could give it a whirl. Soon she had a nightly spot.

Take a listen to any of the tracks posted on her MySpace page (www.myspace.com/alicenewtonmusic), solo acoustic songs that feature a sweet blend of folk and pop, influenced by songstresses like Jewel.

"I was just crazy for her music and loved her style, and she started out like that, in a coffee shop," Newton admitted, "And I also really loved Tracy Chapman."

The budding musician played a lot of their music while she was learning, so their styles in turn influenced her own writing and creative process. But today Newton finds herself seeking out more obscure, unconventional talents for inspiration.

"Because that's where my songwriting has gone." She pauses, smiles, "Or at least, where I've tried to make it go!"

"I write just about what I experience in my own life, without it being like a journal entry - you know what I mean?" she pondered. "I find that living in this town, it is so inspiring. I know that sounds really cliché but just to try and write poetically and have the mountains and the lake and the trees around me, it's a good challenge."

Originally hailing from Sydney, Australia, Newton first moved to Whistler at the age of 19 and stayed for a year before going home. In the end she couldn't resist the lure of the mountain town she had grown to love. And while she feels at home in the community it hasn't been easy to find her place on the local live music scene. While there are many musicians in this town of 10,000 year-round residents, there aren't a lot of venues for live music. And the ones that do book live acts tend to already have a roster of regular performers, or be looking for someone to host a more party-hearty après atmosphere.

As it turns out, the new and improved lounge at Nita Lake Lodge may be just the ticket for Newton's laidback acoustic vibe.

The boutique hotel is under new ownership and management, and will be officially relaunching the restaurant and bar in coming weeks. In April, Hailey Pasemko took over as bar manager at Nita Lake Lodge's lounge, which will be renamed Cure. Along with a change in the menus (they're leaning more towards tapas, charcuterie and crafted cocktails on the lounge side), they're also focused on bringing in more live entertainment, starting with Alice Newton on Friday and Saturday nights.

"Alice's music is fantastic and it's very soothing and nice to listen to," Pasemko said. "The way the room is set up as well, with all the couches, it's very loungy, it's very tranquil."

Later this summer, they hope to expand the calendar and roster to feature more solo acts that will complement the lounge's laidback and refined vibe.

"I love lending my music to the atmosphere in the bar," Newton said.

"The people that sit here, they just want to sit back and relax. They're not going to be up dancing or answering trivia questions."

She's been performing in the lounge for a few weeks now, and while things have been a bit quiet because of the season, she's received good feedback from audience members and hopes that the regular live music will eventually help attract locals as well.

"I really have discovered that not many locals either know about this lodge or think to come here for a drink... so an amazing goal would be to have more of an awareness for the local community to use this hotel."