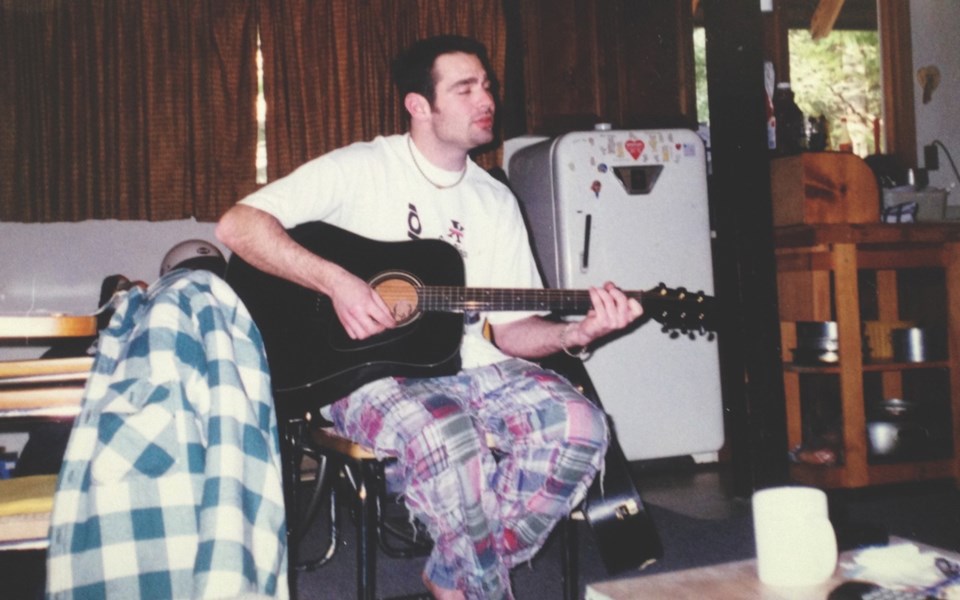 When Jon Shrier first arrived in Whistler, he boasted a head full of dreadlocks—only that didn't last long.

One night, after a job he had lined up fell through, he was drowning his sorrows at his local watering hole of choice, The Crystal Lounge. "I had dreadlocks at the time and I was jobless. Then Marlys (Clemiss, at The Crystal Lounge) said, 'if you cut those dreads, I'll give you a job,'" Shrier recalls with a laugh. "Years later I was a waiter, doorman, performer, event coordinator (there). She put a roof over my head."

Clemiss and The Crystal Lounge—where Shrier has performed as a musician and comedian countless times over the years—are just two of the things he's remembering as he prepares to make the move from Whistler after living in the resort on and off for 20 years and permanently for around 10.

"My heart is here," he says. "What I most want to convey is my extreme gratitude to the community, local musicians and so many people who have stepped up and made me feel awesome."

After playing a pair of farewell gigs last weekend, Shrier packed up and left on Monday. While he's reluctant to say goodbye to Whistler permanently—acknowledging he might be among the throngs of locals who've left and come back—for now he's planning to head to Montreal to spend time with his family and pursue new opportunities like music therapy and connecting kids with music.

"I had a bit of an expiry date for what inspires me and now I need something else," he says. "It's out of respect and love for Whistler that I'm doing that. I don't ever want to grow bitter or be that guy who's not living every day like it's your last. I've lost that a little bit. I don't think it's goodbye as much as see you soon."

A mix of factors prompted him to plan his departure, he says. Among them is the challenging housing situation, a desire for new inspiration and the need to forge a career path in which he's using music to give back to the world, he says.

"I'm 41 now," he says. "I want the next 10 years to be about giving back (rather) than chasing a dream. When I first started it was 'I'm a songwriter and I can play covers all night,' but I think change is good and this is the best time for me to do it."

Amongst his fondest memories and accomplishments in music over the last two decades: performing at the 2008 Pemberton Music Festival, earning an award at the Zhangiajie International Country Music Festival in China in 2013 and, his favourite, playing an original song alongside Barney Bentall during the 2010 Olympics.

"The biggest thrill of my life was being asked to play my own song in that type of environment," he says. "(Bentall) took a glance at my stuff and his band loved it and they said they'd back me up. All of a sudden, I was playing my song in front of 5,000 people in the village."

While bigger cities like Montreal and Toronto might provide more opportunities for musicians, Whistler's tight-knit community offered some unique experiences, he adds.

"People come up to you at the end of the night and say, 'I love your song,'" he says. "That's why I made my life in a small town rather than a city. This town has been good to me. I'm approachable and in the last week alone I've made more than 200 Facebook friends—people who realize I'm going—saying, 'I love your music. Keep in touch!'"

For now Shrier has one message for Whistler: "Thank you so much for the education and experience," he says. "The absolute love people have shown me is unreal. If I could say anything it would be thank you so much."