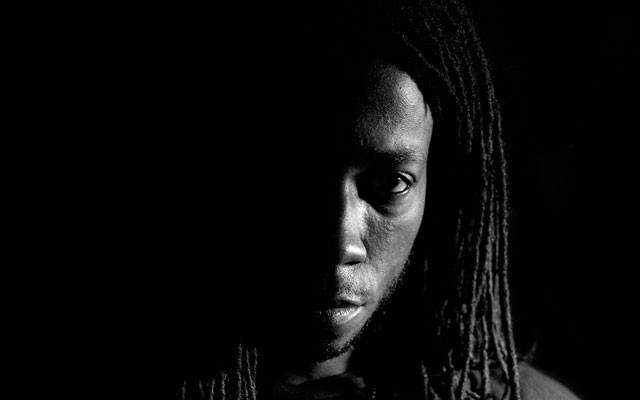 Devil's Night is the perfect time for British DJ Loxy to make his first appearance in Whistler.

Nearly a 30-year veteran of the club scene, Loxy (a.k.a. Andrew Campbell) will join the Whistler Junglists for their Monday, Oct. 30 show at Tommy Africa's. The evening will also feature rOhmz, Riddim Fernandez and Phroh.

For his part, Campbell says fans who come out to the event can expect some new sounds grounded in his bedrock mash-up of "reggae and sci-fi without the vocals" during his set, as that's his M.O.

"I'm known for playing the new cutting-edge stuff," he says. "Everything is constantly evolving, so the whole thing is one big experiment.

Campbell also notes he'll be spinning from the new album from fellow British DJ Goldie, as well as some other remixes.

With music of all genres looking to the past for inspiration, Campbell points out drum and bass is no different, as several features from his early days are making a resurgence, which he welcomes.

"Just like with everything, you're going to get stuck in something before you can move on again. Everything comes in cycles. A lot of the '90s, late-'90s drum-and-bass style is coming back," he says. "There's a lot of that influence. There's a lot of break beats, a lot more minimal, more halftime stuff after the effects of the neuro stuff.

"Now we're seeing people using the Amen break and more classic breaks, the funky James Brown breaks incorporated, which is good to see because that was a good era in drum and bass."

However, Campbell explains that he tries to find new ways to plug in a classic sound in an ear-pleasing fashion.

"With drum and bass, you've got the people that don't want to do it the same as before, like myself. I already did that, so for me personally, I want to try to make that again. I want to do that, but I want to try to find a different angle," he says. "Some producers are throwbacks, so they want to recreate that atmosphere that there was before, but then you've got the other ones that are trying to use those elements but do it in a forward-thinking way."

With the atmosphere he tries to create, Loxy's set could get a little spooky. Campbell's Facebook page features a profile picture with an image of the Grim Reaper, but he insists it's not a seasonal social media choice but rather a regular part of his identity as an artist, based off a label he was given early in his career. Campbell stresses he's all about the music, and while there may be some eerie moments, they'll all be aural cues and nothing tacky or outside of his regular realm.

"The Grim Reaper thing is just a tag that I've been given since I was a boy because of the way I play. I go to some dark places in my music but I'm not a visual performer," he said. "I'm not that type of DJ. I'm a technical DJ. I'm not going to come out in a gown or anything like that. That's not really my speed.

"I'm going to go and play as technically well as I possibly can and educate people with new music, especially when it's a place that I haven't been to.

"I'm not really one of those 'Put your hands in the air' type of DJs. I'm with the crowd and trying to move the crowd."

Though Campbell has come over to North America to tour nearly every year, his two British Columbia stops on this jaunt, in Whistler and Nelson, will mark the first time he's performed in either community.

"I've always gone through Vancouver, Calgary and even Edmonton but I've never been to Whistler and I've never been to Nelson, so those are the two places I'm going," he said. "I have no idea (what to expect). All I've heard is I've had friends say it's really nice out there. It's picturesque.

"It's a pretty quick visit because I've got two kids so I can't spend a large amount of time when I go to places."

There are a limited number of $10 early-bird tickets available for the show, with prices rising to $15 afterwards. Tickets are available at www.tommyafricas.com.