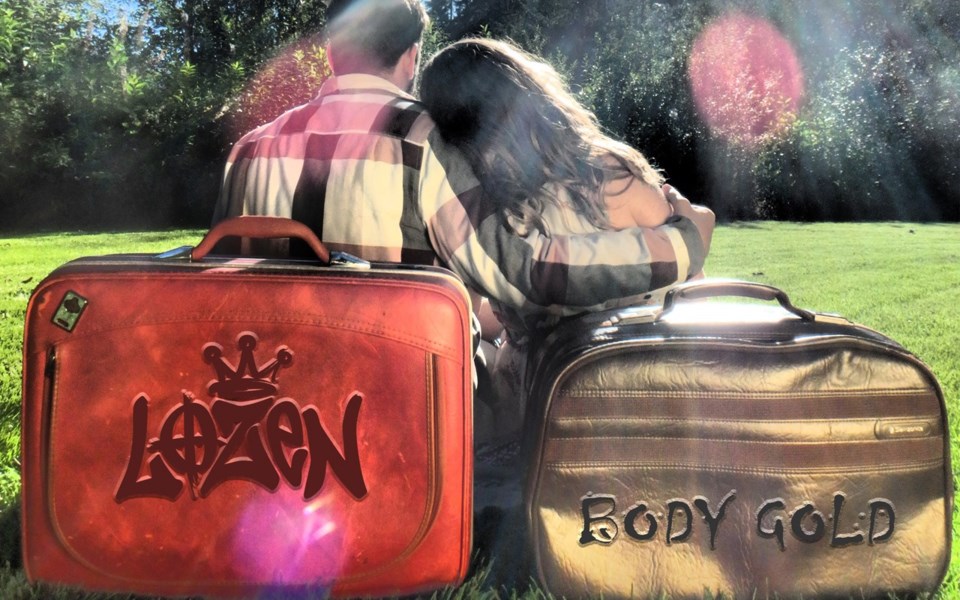 Lozen, the hip-hop impresario who has been a fixture of Whistler’s music scene for years, acknowledges she comes at her art with plenty of baggage in tow.

While meeting with local filmmaker Angie Nolan recently, Lozen illustrated that emotional baggage by dumping out all the contents of her actual bag.

“I opened it up and it was like a Russian-doll purse with smaller bags and smaller bags in it,” said Lozen, born Meaghan Mullaly. “I may need to deal with this being a microcosm of a bigger issue.”

This concept forms the basis for an upcoming music video for Lozen’s 2016 track, “Body Gold,” that the pair is collaborating on. Inspired by a performance art piece Nolan wrote for live theatre show ARTdrenaline, which was part of the 2017 World Ski and Snowboard Festival, Lozen’s video pitch was shortlisted last week as a finalist for a $10,000 grant from StoryHive.

The video, which will star Mullaly and local actor Miles Wilkinson, represents the idea of the emotional baggage a couple bring to their relationship through literal baggage, with a dance segment that incorporates suitcases and was choreographed by contemporary Vancouver dancer Samantha Presley.

“As people, we all hold onto shit. As much as you don’t want to, it just kind of happens in relationships,” Mullaly muses. “In particular with a romantic relationship, it’s tricky because you’re coming from your place and they’re coming from their place, and you want to open up, but at the same time you realize that if you let people in too early, they may fucking hurt you. Or you realize you’re not ready, and it’s this continuous unfolding of who you are as a human being, and it’s like, at what point do you let it go?”

Nolan, who has a laundry list of short films and theatre productions under her belt but has never shot a music video, said transitioning the concept from the stage to the screen will ultimately raise it to another level.

“I just love when art can elevate itself. I love the theatre, but with film you get to tell a different story,” she says. “I love the idea of getting to see this couple in a scenario in real time, falling in love, and it’s not so staged. You can show what real life looks like.”

Considering how long both women have played an integral role in Whistler’s insular arts community, it’s surprising this is the first time they’ve collaborated on a project. It didn’t take Mullaly long to realize that Nolan was the perfect creative partner for her.

“She’s one of those people that when you sit down with her, you already feel like you’re old friends. I already felt like I was coming home, like she’s my sister,” says Mullaly. “We went to the Brewhouse, we had pizza and got a bottle of wine, and it ended up with me crying. It wasn’t just her telling me about her life, we found a bond trying to find our grace in this mess of a fucking life. The reality is we’re all going through stuff."

Mullaly wrote her first album while still reeling from the loss of a close friend. Nolan has dealt with her fair share of loss as well, including the death of her father last year and the end of her marriage.

“The last two and a half years have been challenging with grief and loss—I think most people know now about the end of my marriage—but you learn a lot through that process about what you’re willing to carry with you and what you’re willing to let go,” Nolan says. “Sometimes letting go is the best thing, even though it’s the hard thing.”

You can vote to bring Mullaly and Nolan’s music video beginning Monday, Oct. 15 until Thursday, Oct. 18 at www.storyhive.com/project/show/id/4124. The winning team will be awarded $10,000 to make their video become a reality.

This story has been edited after publication.