Lozen is ready for her close-up 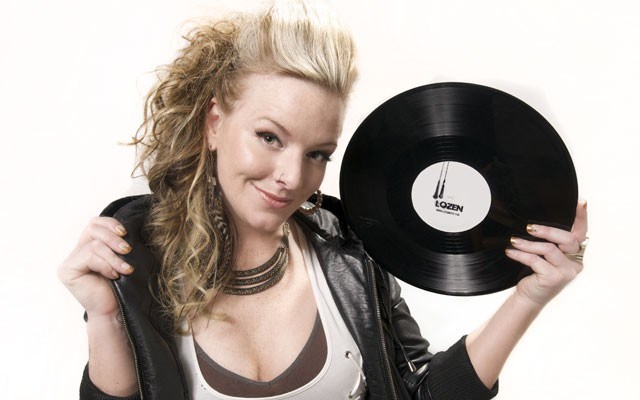 DEFYING ALL lABELS Whistler hip-hop artist Lozen has been getting back to her roots with a stripped-down sound that blends elements of funk, jazz and blues. She plays the WFF Music Showcase at Garf's on Dec. 2.

Let's get one thing out of the way real quick: Whistler's MC Lozen is a rapper. Not a female rapper, but a rapper who just happens to be a woman.

Got that straight? K, cool.

"I feel like we separate ourselves when we say, 'I'm a woman who does this,'" says Lozen, real name Meaghan Mullaly. "Whereas, to me, my vagina should have fuck all to do with anything. Unless we're having sex." She laughs.

It's an important distinction to make in a time when gender identity has been thrust into the political spotlight and women artists like Lozen still have to fight tooth and nail for their place in a male-dominated industry.

"I still deal with that," she says. "When I go to shows, people automatically assume I'm either someone's girlfriend or I'm not in the band. It takes women stepping up to the plate and just doing this to prove it doesn't matter."

Lozen's been in the batter's box for the better part of a decade, grinding it out in Whistler's small (like, really small) but mighty hip-hop scene, putting out two albums in that time through Toronto tastemakers URBNET. (Another as-yet-untitled record is in the works, due out around fall 2017.)

And as challenging as the wider Canadian hip-hop landscape is for the average rapper, Whistler isn't exactly a hotbed for boom bap and hot bars either. In spite of its youthful vibe, its thriving club culture, hip-hop has largely failed to set deep roots in the resort — hell, even the godfathers of Whistler's rap scene, dynamic duo Animal Nation, disbanded recently.

"I feel like there was (a scene) back in the day. There was a really good time for hip-hop here, and not only that but we had a lot of big acts that would come in," says Lozen. "Then when the dollar got screwy in the States, it was really hard to solidify those bookings."

Lozen admits she is sometimes reluctant to out herself as a capital-R rapper ("I don't want to say I'm a rapper 'cause people think you're a white, female, ginger rapper who's an Anglophone Quebecer. Oh yeah, hop on that train."), but ultimately, the lack of an appetite for hip-hop here doesn't seem to bother her too much.

That's probably because Lozen slips naturally between genres and tends to defy any label that gets slapped on her. She's the afternoon radio host who can rap circles around anyone. She's the soulful songstress who hosts a monthly jungle show. She's the diehard punk fan who appreciates a good slow dance. She is large, she contains multitudes.

"People ask you, 'what's your favourite food?' How do you decide that? Right now I want sushi, but maybe tomorrow I'm going to want pasta. Forcing yourself to do the same thing over and over again, I think that would be boring," says Lozen. "So I take pieces of songs, they'll still be my songs, but let's play it in a drum n' bass style, let's play it funky, let's play it this way."

Recently, Lozen has found herself strumming away at her guitar more frequently — when she discovered she didn't know the chords to a lot of her own songs. That motivated her to get back to basics, to completely deconstruct her sound before reassembling it with new pieces in place.

"I'm getting back to my roots and definitely playing a lot more guitar and playing along with the beats, and then stripping it back depending on what kind of gig I play," she says. "I want to have the freedom to do that. 'Cause I dunno, do I want to be 70 in the club? Maybe. That could be cool. But maybe I want to be in the lounge singing jazz."

Lozen will have the chance to show off whatever style she so chooses the night of Dec. 2/3 as the sole local entry to the Whistler Film Festival Music Showcase, where film and music executives will be on-hand sussing out new talent. Lozen's set starts at 12:20 a.m. at Garf's. For more information, visit musicbc.org/whistler-film-festival. You can also check Lozen out at lozenmusic.com or facebook.com/lozenmusic.