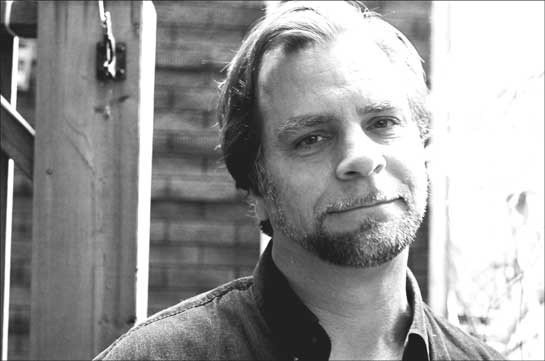 Pedal steel guitar is nothing new to Country Music. But any Blue Rodeo listener knows the sound has the ability to reverberate through many music genres. Or at least that is how Blue Rodeo Bob Egan sized up the instrument.

"I always saw steel as something that goes outside music boundaries," Egan said. "It’s big in country, but there are a few of us taking it other places.

He drew on BJ Cole’s career as a great example. The steel pedal guitarist, who recorded with the likes of luminaries Sting and Elton John, is now working the dance music circuit combining steel with electronic turntable tricksters.

Egan is playing wizard as well on a new instrumental pedal steel album, which combines steel with Latin, Asian and world beats.

"The doors are wide open: that is the beauty of it," he said.

The solo and band act is always hard work. Already his new instrumental album is being strung out, even before his latest record, The Glorious Decline, is released Aug. 29.

The singer/songwriter pens and records solo works then tours six to 10 weeks a year to promote his music. The other half of his life is spent touring with Blue Rodeo, doing 80 to 150 shows a year.

Hard work got him there and hard work keeps him here.

Egan began with Freakwater, but by the mid 1990s he was invited to join Wilco, leading to two years of North American and European tours, as well as recording on the Grammy-nominated album Mermaid Avenue with Wilco, Billy Bragg and Woody Guthrie.

Egan and Wilco soon departed as the band abandoned steel for keyboard and Egan turned to a solo career.

"I had no job. I moved to Mississippi and literally starved for a couple of years until Rodeo picked me up," Egan said. "I stuck with it because of the fact that I had nothing else. I didn’t want to go back to the real world. It’s called paying your dues. There is no way around it. Fortunately, it makes you really grateful for what you eventually get."

And Egan has gotten it good.

The Blue Rodeo regular has also produced three solo albums and recorded with the likes of the Tragically Hip, Oh Susanna, Northern Pikes and Neko Case. He produced Norway country rockers Bonkers and recorded with Christian rockers Jars of Clay on their Grammy-winning album If I Left the Zoo . He opened for the Jim Cuddy Band and even the Man in Black himself, Johnny Cash. He’s played the Letterman and Conan O’Brian shows, toured with Los Lobos and Sheryl Crow and rubbed elbows with Emmylou Harris, Peter Buck and Jackson Browne.

"I met Keith Richards," Egan adds to the list. "Sheryl Crow once pinched my ass in front of 10,000 people. I talked with Johnny Cash. I am pretty set at the moment."

Never resting on his laurels, the businessman before his music days is combining all of his life experiences – nine-to-fiver, roadie and struggling artist alike – into one book: What Business Can Learn from the Troubadour. "Everybody admires the troubadour, but no one really knows the work it took to succeed," he said.

Over his career of working in the corporate world for seven years as an employee attitude researcher, running his own business, studying to achieve his masters in industrial organization psychology and playing music full time for 10 years, Egan observed the behaviors that propelled people ahead in the business world – corporate and music alike.

"A pretty wonderful life has passed me by and it’s not over yet," he said.

Italy is on the map for the fall, where he recently secured a solo record deal. The man never stops moving, leaving a trail of albums, insights, but most importantly, intimate live concerts in his wake.

Australia’s Cass Eager will open for the Man of Steel, bringing roots, soul and blues to the stage Tuesday, July 25 at MY Millennium Place.