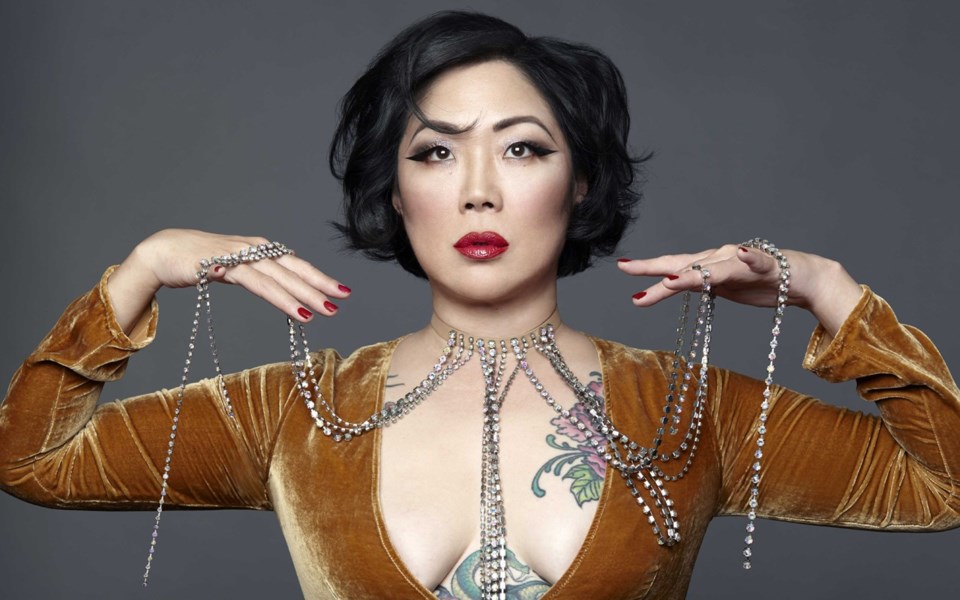 Margaret Cho has been here before.

Before the idea of The Resistance to a Republican president gained significant traction, the 49-year-old San Francisco native was fiercely outspoken against the George W. Bush administration during his eight-year term.

With America shifting back to the right after electing Donald Trump in 2016, Cho has continued her role as an "ambassador" to the rest of the world. Cho, one of Rolling Stone's top 50 stand-up comedians of all-time, will be in Whistler on a diplomatic mission on Wednesday, Jan. 24 as part of the Whistler Pride and Ski Festival at the Whistler Conference Centre at 8 p.m.

"It's wonderful to be an international ambassador of goodwill, to say we're not all like Donald Trump, America is not going to go down that way. It's a good apology, getting to apologize for Trump, being from this place that is the actual shithole country," she says. "It's very healing."

Cho, who has claimed her microphone was cut minutes into a 2004 corporate event because of anti-Bush commentary and was uninvited from a fundraiser during the Democratic National Convention that same year, now looks back and analyzes how things have devolved in just over a decade.

And, as unsettling as parts of Bush's presidency seemed to be, there wasn't the same sense of dread for the planet's future.

"We're actually pretty lucky," she adds with a laugh.

"We would be living in a nuclear wasteland. It would have resulted in total nuclear war and all-out destruction."

Cho is no stranger to one-on-one faceoffs, as she's been invited on major cable networks like MSNBC and CNN in a pundit role. Cho, who is openly bisexual, has taken on characters from far across the aisle like Rev. Jerry Falwell and Ann Coulter on topics like same-sex marriage.

"All that kind of stuff is really fun and funny to do, but the problem with doing it, being a talking head, is you often can't hear your opponent. It's like you have a (one)-second delay. It's an awkward kind of a thing," she says. "You don't know when they're done talking and they don't know when you're done talking.

"I don't love it but it is pretty funny."

The preference for Cho is to do shows like Real Time with Bill Maher, where guests are live in studio in a more natural conversation format. However, she explains, being on-site with someone like Maher can lead to challenges of its own.

"One time, Bill and I smoked pot before a show... I was super high and then we started talking about ISIS and I got really, really paranoid," she says. "That was really bad. Fortunately, I don't smoke pot anymore — not because of that — but it was a very high-anxiety experience."

Cho also tackles social issues on a personal level, ranging from encouraging positive body image to the #MeToo movement. As a sexual assault survivor, Cho has openly covered these areas for years, even before the showbiz reckoning of 2017.

"I think it's a really great opportunity to talk about all of these topics," she says. "All of this is an issue of body sovereignty, my body as a nation. If my borders are crossed without proper identification, there will be consequences.

"I was talking about this kind of stuff before. I've been talking about it for years and I think the world is really catching up to it and I love that."

The comedy world has been far from immune with Bill Cosby, Louis C.K. and recently, Aziz Ansari, facing accusations of sexual misconduct.

"Everything is very surprising. There's so much we don't know and so much that we're learning. It's really intense. Every industry is affected, whether it's Louis C.K. or Mario Batali or Matt Lauer," she says.

Even the title of Cho's current tour — Fresh off the Bloat — is a wink to positive body image, especially prescient in January.

"At the beginning of the year, everybody goes to the gym and diets," she says. "January is about punishing the body for the excesses of December and it's not right. I don't think we need to do that."

General admission tickets are $60 and VIP tickets run $100. Both are available at www.gaywhistler.com.