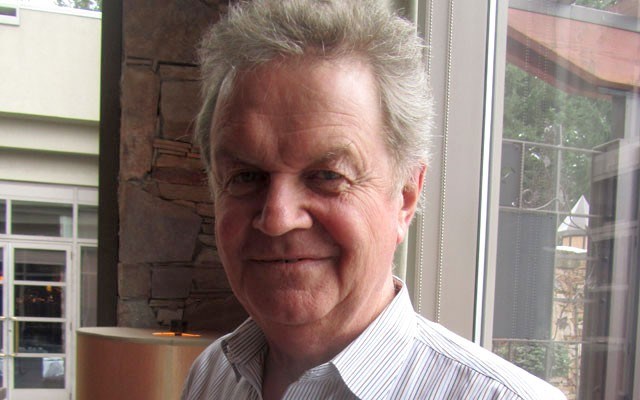 John Madden is having a good time at Whistler, holding the Canadian premiere of his latest film Miss Sloane in three sold-out screenings at the Whistler Film Festival (WFF).

But the Oscar-winning director — who won the 1998 Academy Award for Best Picture for Shakespeare in Love — expresses some frustration at being in such a beautiful place with almost no time to take in the scenery.

"I have so little time, it's insane. To come to a place like this... it's just a little bit of torture!" he laughs.

Madden has been promoting Miss Sloane solidly for weeks.

The film stars Jessica Chastain as Washington, D.C., lobbyist Elizabeth Sloane, who leaves her old firm to go with the underdogs fighting for gun control legislation. There are plenty of twists and dirty dealings as the story unfolds, and Chastain plays a ruthless character who isn't all that likeable. She is a poster child for dysfunctional living, too.

It has been just over a year since Madden and his team landed in Washington to test whether the film could be made, principle shooting ended in April this year.

This is lightning speed for any Hollywood film, but Madden already felt it important to film quickly in an American election year, with no inkling Donald Trump would win.

"It was very fast, the fastest I've ever made a film probably. But it was already well-shaped as a script," Madden says.

"I wanted to press forward because the political circumstances, gun legislation, might be sidelined by events (during the election).... It turned out there were no policy issues of that kind at all. (The election) was hijacked into the kind of circus that we all watched."

Miss Sloane is a first-time script from screenwriter Jonathan Perera, who Madden discovered was working as a teacher in South Korea while writing, and nowhere near Washington. His decision to film it followed the successful The Second Best Marigold Hotel, a very different kind of story.

"Miss Sloane was a terrific script. People think, 'Wow, that's a switchback ride.' But if you take the last four films I've done, it was a thriller then two comedy-dramas and now another thriller," Madden says.

"I think there is an assumption that one plans one's career, strategic steps, and it's really not true. It's more to do with the material that I became engaged with.

"This was a script that was a very compelling read to me, even in the first iteration. I'm very interested in that world and kind of a nut for American politics. To those of us outside, it's completely baffling... if nothing can change after Sandy Hook (the 2012 gun massacre at a Connecticut elementary school that killed 20 children and six teachers) when can anything change on this issue?

"The intractability of that felt an interesting place to explore. I wanted to read the script from the time I read the logline."