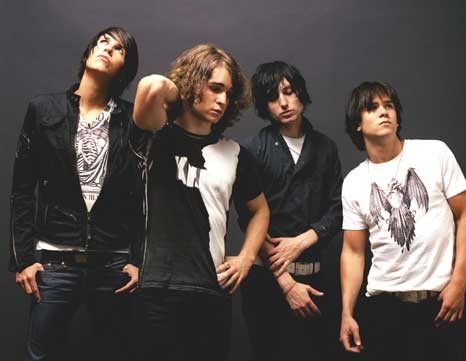 “I think it just increased our confidence to a point where we can appreciate what we are doing that much more." Tristan March on cleaning up at Battle of the Bands, photo submitted.

What: Made in Canada Series

The Sessions are more confident than ever these days. After beating out more than 7,600 bands at the world’s biggest Battle of the Bands competition in Europe last August they are now getting ready to step into the recording studio in January with luminary producer Bob Rock of The Cult, Bon Jovi and Metallica fame.

“I think it just increased our confidence to a point where we can appreciate what we are doing that much more,” said Tristan Martin of the Emergenza Festival band battle. “Everyone else is really vibing with what we are doing. People are supporting us as much as we ask for. When you have all that fan support behind you and people motivating you (on the business side of things), you can’t help but put out the best results.”

The Sessions hope to expand their support to Whistler with a live show Dec. 14 at the Garibaldi Lift Company as part of the newly created Made in Canada Series (MIC).

The Sessions concert is the first show of the MIC series, headed by Reggie Tika of Teeks Tekniques, who hosts monthly events showcasing Canadian musicians, poets and artists.

“The reason for this project is to create more exposure for the talent we have in our backyard,” Tika said. “We tend to travel far to find quality talent when it is exactly right here in front of us.”

Vancouver-based The Sessions are one of those backyard talents who are steadily climbing to superstar fame with their mix of British rock and ’80s new wave dance music.

You might not recognize Martin , Josh Abel, Martin Kay and Tobias Jesso’s Canuck roots at first glance. The boys look fresh off a plane from Britain with their contemporary spin on Beatles mops and fitted tees. They put little thought into presentation and everything into their music.

“We are trying to put realism back into music,” Martin said. “Put away the show, the clothes and the glam, it’s all about having great songs. I think people respect that and I think people see that about us; we are about writing good songs and having a good time.”

From the ’80s charged dance beats of the song Dirty Lovers to the ethereal electronics ruled by rhythm and blues of My Love, The Sessions are kind of a darker version of the Beatles if they showed up at an ’80s club night.

“We’ve got lots of energy,” he said of what to expect from a Sessions show. “You are going to see a lot of hot girls too. (Laughs). You are going to want to get up and dance.”

The infectious charm of The Sessions’ solid sound won over more than 25,000 people cheering the band on at the Emergenza Music Festival.

Rock has kept close tabs on The Sessions for quite a while now.

“I’ve known Bob my entire life,” Martin said. “As soon as we got the band started, he’s been keeping a close eye on us. When he came to Vancouver and heard us live in April, he said he wanted to do an album with us.”

The Sessions steps into Warehouse Studios — the home of Nirvana, Nine Inch Nails and REM albums — on Boxing Day when they will bring together four new songs and eight from their previous two demos.

“We want to take them into the studio and rework them; fine tune them a bit,” Martin said. “We are very confident with the songs. We just want to make the final production bigger than the demos we have.”

Advanced $10 tickets are available at the GLC, Evolution and The Hub. Visit www.myspace.com/thesessionsmusic for track samples.