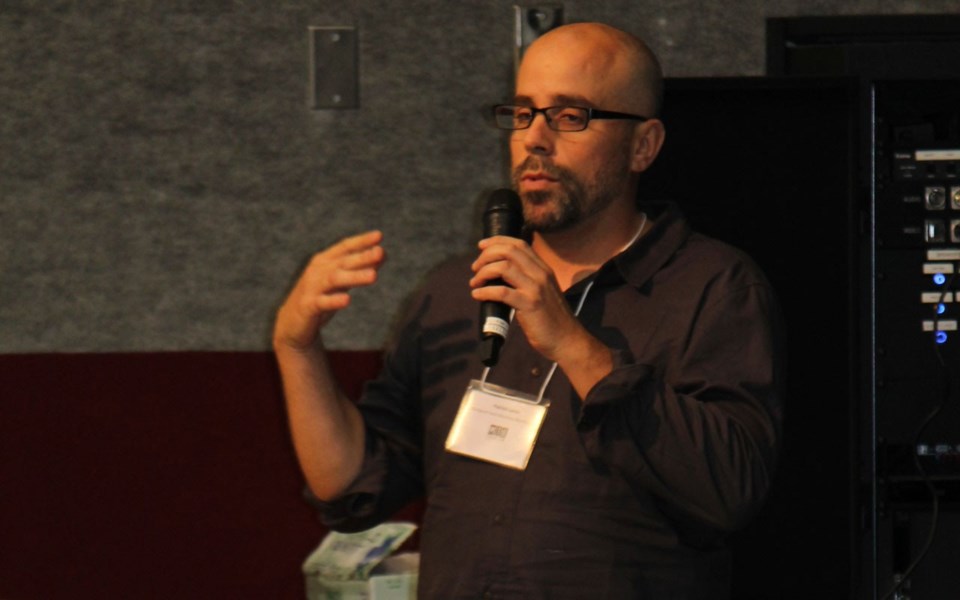 With Mountain Bike Heritage Week running from June 6 to 12 at Whistler Museum, there's one thing Patrick Lucas wants riders to keep in mind every time they go out.

"Every time you step out on a trail, you get on a bike, you're taking on an explicit political act in terms of being out on the land and it having an impact on people other than you," the Aboriginal Youth Mountain Bike Program executive director says. "When we take responsibility for that and we own it, that's when we're creating the sport that we've come to know and love."

With that mindset in place and the context of a national conversation around reconciliation with First Nations, Lucas is set to present alongside Bicycles for Humanity founder Pat Montani as part of a speaker series event about Indigenous Mountain Biking on June 7 at 7 p.m. As non-Indigenous people, the duo will be talking about their respective experiences bringing the sport to Indigenous communities—Lucas here in B.C. and Montani in Uganda.

"(Montani's efforts are) really focused on tourism and creating employment for the locals—there isn't a mountain-bike tourism industry there at all. For me, I come at it from a different perspective. B.C. has a very well established mountain-bike industry built on Indigenous territory and what I've been working to do with First Nations is get them into a place where they're in a leadership role and are benefitting from that industry," Lucas says. "It's more about getting your kids out first than creating a huge destination."

Lucas got his start in development in southeast Asia, and says it's important to bring an approach of only working with communities who invited him, and once there, listening as much as possible before undertaking any projects.

"Doing the work I do, I'm very aware of being, basically, the white guy talking to First Nations communities on mountain biking and really trying to be cognizant of not imposing my idea of what that should look like for them," he says.

Montani, who was Whistler's 2019 Citizen of the Year alongside Keith Reynolds, explained that where Lucas' work is from the "ground forward," his is from the ground up. When he first brought mountain bikes to post-war Uganda, it was because there were no cars, roads or electricity, and bikes were a vital progression in transportation. Consultation was also key, as Montani sought permission from elders and locals to ride on their land, though they at first didn't understand why he wanted to ride on, not around, the mountain.

"Over there, nobody even knew what a mountain bike was, so we had to start to bring mountain bikers in and then use funds from the trips to teach people trail building," he says.

From there, Montani and the late Paul Sherwen established the Tour of Karamoja, which has run twice and drawn riders from across the globe.

Though the mountain biking economy is still small, it's starting to grow, even in places hours from the nearest town.

"If you have a good product, it doesn't matter how isolated you are," he says.

Lucas and Montani's presentation are part of Thinkbike, a demo event run by local guide Grant Lamont from June 7 to 9. Passes for any or all of the three days are available at www.thinkbikewhistler.com.

Whistler Museum's events and community manager Allyn Pringle says Lamont brought the Indigenous conversation to the table, and they're glad to collaborate on that.

Other events include: Lamont and others speaking about the Cheakamus Challenge bike race on June 8 at 7 p.m.; a screening of classic mountain bike movie Ride to the Hills from 2001 on June 9 at 7 p.m. at Whistler Public Library; a bike maintenance workshop at the library on June 11 from 2 to 4 p.m.; and, of particular intrigue for Pringle, a talk from North Shore Billet's Chris Allen and Vorsprung's Steve Mathews about operating their mountain bike parts businesses in a small mountain town.

"It's always interesting to look at how things are made in Whistler because it's not really thought of as a manufacturing town," she says.

The week will kick off with a Whistler Off-Road Cycling Association Toonie Ride on June 6. Pringle says there are some changes to this year's event, with the retro ride on old bikes morphing into a show and shine.

"Trying to convince people to ride through the bike park with no suspension is a bit of a hard sell," she says.

Whether one attends Lucas and Montani's talk, any other events throughout the week, or just keeps on riding, Lucas stresses how important it is to keep mountain biking respectful and sustainable.

"I really hope that people take away how powerful trails and mountain biking can be in terms of impacting communities in a positive way. If it's not done properly, it can be negative," he said. "Creating the community that we have in B.C. happened because hundreds of people really dedicated themselves towards doing things in a good way and making sure that mountain biking served the community so we could do what we loved to do.

"We take responsibility for our sport. We think about the impact it's having."