Farming, forestry, and fun characterized early days in Whistler... before it was Whistler
Apr 10, 2021 10:00 AM By: Allyn Pringle 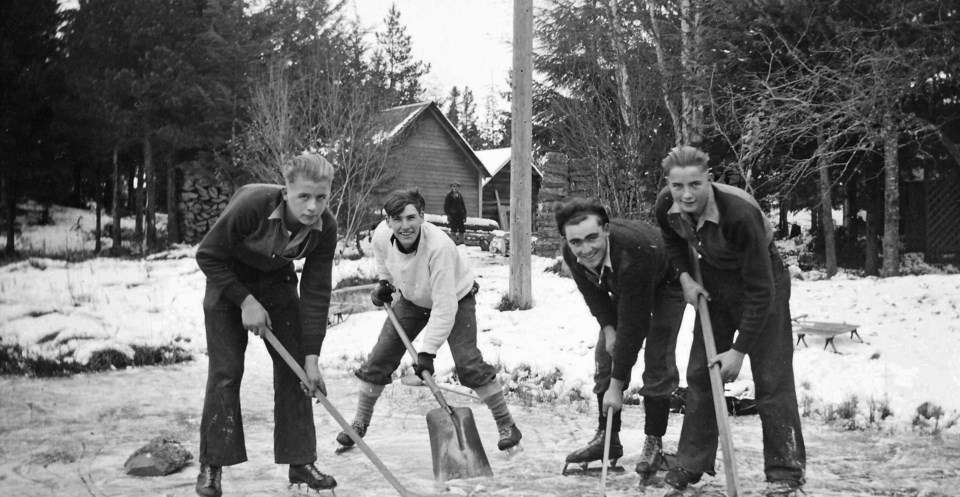 The Woods family moved to Alta Lake around 1926 and worked in the area, both for the railway and in the logging industry, until the 1940s.

Fred Woods was born in the Isle of Man and immigrated to Canada after some time in the army. He worked on the railroad in Broadview, Sask. where he met and married Elizabeth. Their first child, Helen, was born in Broadview in 1921, and a couple of years later the family moved to Port Coquitlam, where Fred continued to work on the railroad. While there, Fred and Elizabeth had two sons, Jack and Pat.  Fred then took a job as a section foreman for the PGE Railway and the entire family moved to Alta Lake.

After a few years, Fred lost his job with the PGE and the family moved out of the company house. After living for a time in a much smaller house, the family was able to rent a property from Jack Findlay, who charged them only the cost of the property taxes. The property included a house, barn, hayfield and garden and was located across the creek from the Tapley’s farm. Fred began working for the logging operation of B.C. Keeley of Parkhurst during the summers and clearing trails and bridges as relief work in the winters.

The family kept a cow, horse, chickens and, at times, a pig, and grew their own vegetables. In the summer the children would pick berries that Elizabeth would use to make jam. She also canned meat from their animals. When the logging camp closed at the end of the summer, Fred would order groceries such as flour and sugar wholesale through the cookhouse to last through the winter. Vegetables were stored in the roothouse and the children would keep the path from the house clear of snow.

Helen, Pat, Jack and later their younger brother Kenneth went to the Alta Lake School, though Pat remembered some days when snow prevented them from attending. As they got older they also began working outside of their home. When Jack was 15 and Pat was 14, they spent a summer working in the sawmill at Lost Lake (after a fire at Parkhurst in 1938, logging operations were temporarily moved to Lost Lake before returning to Green Lake). Their employment ended abruptly when Jack lost all the fingers on his right hand in an accident. According to Pat, it took years for Jack to receive compensation, as he was supposed to be 16 before working in the mill.

Though the family had to work hard during their years at Alta Lake, both Pat and Helen had fond memories of living in the area. Elizabeth loved music and taught her children to play violin and guitar. She played accordion and the family would perform at community dances. They also remembered the kindness of the various “bachelors” who lived at Alta Lake, such as Bill Bailiff and Ed Droll, who would visit their father and sometimes give the children carrots from their garden on their way to school.

In the early 1940s, Fred Woods joined the Canadian army and the family, apart from Helen, who had left home and lived in Squamish, moved to North Vancouver. In later years members of the Woods family returned as visitors to Alta Lake and then Whistler, though they never forgot the years they spent living and working in the area.