Music and more at the World Ski and Snowboard Festival 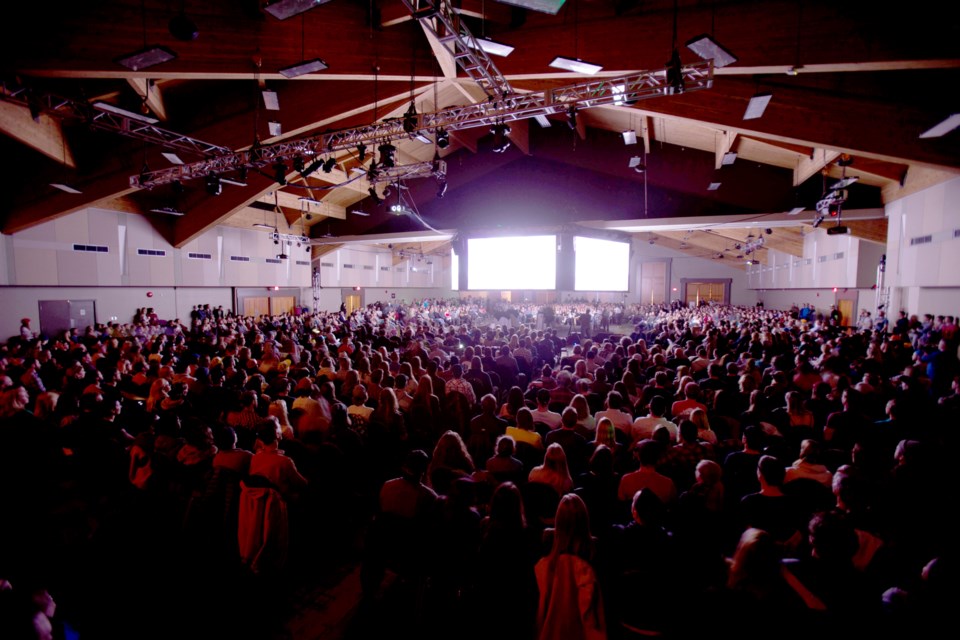 Après is such an important part of skiing and snowboarding.

The World Ski and Snowboard Festival, now in its 21st year, has always embraced this, with film, photography, music and the visual arts featuring hugely.

Over the 10-day festival, which takes place from April 8 to 17 around the resort, there are no fewer than 25 concerts and 10 major arts and culture events, says festival director Sue Eckersley.

"One of the coolest things about the festival in general is that it gives people a platform to showcase their talents, whether in the ski and snowboarding events or at (gallery show) State of the ART," says Eckersley.

"It has made careers."

The cultural side of WSSF kicks off with the free State of the ART Opening Party in the Grand Foyer of the Whistler Conference Centre on Friday, April 8, at 8 p.m.

The party showcases the work of artists that will be on display in the foyer through the entire festival, and is a chance to meet some of over 40 artists taking part and maybe buy something for yourself.

Tickets can be purchased for ticketed events online at www.wssf.com or at the box office in front of the Whistler Conference Centre.

There are outdoor concerts and plenty of parties in Whistler during WSSF. These are just a few of the bands and DJs on offer.

The Silent Disco is a unique party where you arrive, grab some headphones, choose from three DJs playing their music on three difference channels. You can mix and match, so long as you keep shaking.

The gig takes place at the Garibaldi Lift Company on Friday, April 15 at 10 p.m. Tickets are $20.

Multiplicity is back for its fourth year, with its themes of elevation, imagination and inspiration. Presenters mix photography with slideshows, video and storytelling to show the audience their world.

It takes place on Sunday, April 10, at the Whistler Conference Centre, with doors opening at 7 p.m. Tickets are $20.

This year's lineup includes: Jimmy Martinello, who will talk about his love of adventure and the unknown; Dr. Pushpa Chandra on extreme ultramarathoning on Mt. Everest, Antarctica and the North Pole; writer and photographer Bruce Kirkby; pro-skier Lynsey Dyer; climber Jasmin Caton; whitewater kayaker Benny Marr; Rory Bushfield, who will talk about flying into adventure; and Norm Hann, who has paddleboarded through Haida Gwaii and the Great Bear Rainforest.

"It's an impressive lineup that they've got this year," Eckersley says.

The April 12 final for the Whistler Comedy Showdown, in its second year, is almost sold out. Already running for the past two weeks, the competition for stand-ups takes place at Buffalo Bills at 7 p.m. for ages 19 and over.

The Olympus 72hr Filmmaker Showdown on Wednesday, April 19 is always an incredible night — the weekend prior to it dozens of teams are zipping around the region creating show films in the hopes of taking home the $10,000 first prize. All shorts are filmed, edited and handed in within 72 hours.

The finalists are selected and then judged by a panel of film-industry professionals and screened in front of an audience of 1,500 at the conference centre.

The 2016 World-Wide Olympus Pro Photographer Showdown on Thursday, April 14, at 8 p.m., is the pre-eminent action sports photography event in the world.

Five of the best photographers in this field pull together their careers' best work to showcase what they have done in far-flung parts of the world.

Best of Show at the Whistler Conference Centre gets the $10,000 first prize.

More on Intersection and other events taking place in the final weekend of WSSF in the next issue of Pique.

For more on WSSF and tickets visit www.wssf.com.