Never too late for comedy

Squamish comic Kelly Dyer proves it’s never too late to get in the game
Oct 5, 2011 9:00 PM By: Stephen Smysnuik 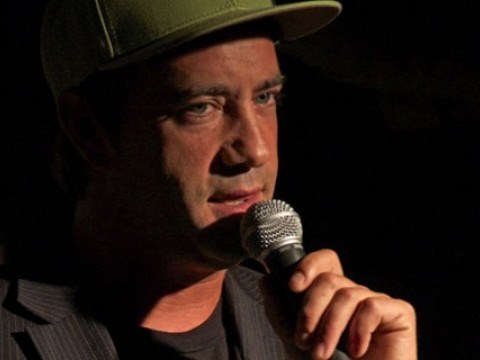 Let Kelly Dyer be a lesson to all you middle-aged funny people who've ever dreamed of being a stand-up comic but have thought, "Ah it's too late."

Dyer is one year into his stand up career and, by most accounts; he's doing all right. He placed in the top eight of the 2011 People's Champ Comedy Competition and he's earned the respect of Vancouver's veteran comics, for what that's worth. And he started at the ripe old age 37 years old.

" That's the beauty of it," he says. "You can earn a living with a microphone in your hand and until you're 80 you can be in a wheelchair and doing it, so it's a great profession to get into no matter what age you are."

Dyer spent 13 years in Whistler working as a contractor before moving to Squamish. All the while, he'd scribble jokes on scraps of paper, on matchbooks, on cocktail napkins. He was the jokester at friendly get-togethers, dousing the party with the same vitriolic wit he'd observed watching George Carlin over the years. Between fits of laughter - and we've all done this with hilarious friends of our own - they'd prod him to take a stab at stand up.

Finally, one day last year, Kelly Dyer decided that, yes, he was ready to try it out. Using the jokes he'd scribbled on random surfaces, he cobbled together a few choice minutes and delivered them at open mic night in Vancouver.

"I did really well considering it was my first time in comedy and I haven't really looked back since," he says.

It's a process of evolution, this comedy game, often taking years for comics to refine their bits to one solid hour of comedy. It has taken Dyer one year to shape 10 minutes of tried-and-true, crash-tested comedy.

The People's Champ competition, held in July and August this year, was like comedy boot camp. He did three shows per week for six weeks, performing alongside comedy veterans and amateurs alike. Only the toughest (read: funniest) survived and it was a sharp learning curve. By the end, he was voted into the top eight - not bad considering he'd been in the game for less than a year.

"I can't relish in the moment too long, there's always something new," he says. "No matter you've been doing it, whether you're Jerry Seinfeld or Patrick Maliha, you will get nervous sometimes. It happens. Sometimes you have a good show and sometimes you don't."

It's the capricious nature of comedy that lures comics back to the stage every time. Like a gambling addict, Dyer's been there chasing the highs, of bringing everyone in the room to its knees with laughter, even if the lows seem like a wasted effort.

But, as we've said, he's earned the respect of his fellow comics, meaning he's making the crowds laugh more often than not. His comedy is crass, touching on prostitutes, the disabled and other "wacky, weird observations on this twisted world we live in." He's the button pusher, the agitator.

"I think if we all walked around with the fake smile on and pretended everything was normal it would be a pretty boring world," he says.

Now he's trying to limit the boredom here in Whistler by bringing comedy nights to the GLC, starting this Saturday. Dyer will perform, along with Sean Emeny, Patrick Maliha. and Carter Hortie, who's beginning his own Sea to Sky comedy revival through his company Funny First Comedy, will MC the evening.

If all goes well, Dyer will be pushing for a regular comedy night once a month.

"(Buffalo) Bill's used to do it (comedy) every Tuesday. It was a popular thing to do. They'd have magicians, comedians and then it just fizzled out and went away," he says.

He's trying to bring that spark to Whistler, with hopes that open mic nights will sprout up to give amateurs a chance to show a room what they've got, just like he did 13 months ago.