New gig on the Block 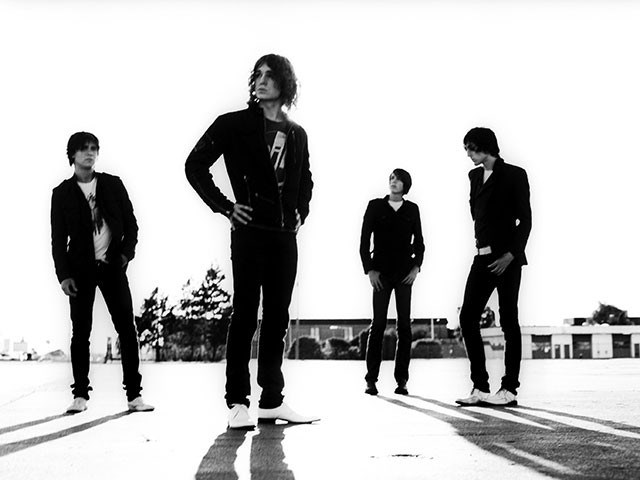 Free live show Hot off their Van Warped Tour, The Sessios will open Block Party celebrations on the Crankworx Monster Mainstage this Thursday in Skier's Plaza.

Block Party: No it’s not an indie English band nor a centre-left federal political force kicking up their heels for Quebec sovereignty . This Whistler Block Party is a large congregation taken from a single neighbourhood of riders who come together to celebrate.

For Crankworx, that neighbourhood reaches out to all corners of the globe with world-class, off-road riders and fans celebrating the mountain-bike way at Crankworx’s first annual Block Party on Thursday, July 26. It takes place in Skier’s Plaza as well as local watering holes.

Barbecuing, bocce ball and the electric slide are the usual staples of the block party itinerary, but not at this bash.

The party gets started at 7:30 p.m. with The Sessions, an ’80s British-style new wave band, who proved they are a force to be reckoned with. The Vancouver boys beat out 7,600 bands at the world’s biggest battle of the bands competition at the 2006 The Emergenza Music Festival, but the foursome now adds the 2007 Vans Warped Tour to their credit — no small feat when competing against 8,000 bands from 16 different countries in 166 cities.

So what makes their music such a cut above the rest?

A contemporary spin on a legendary classic — just think, a darker version of the Beatles cutting a rug at an ’80s club night.

The Beatle mop, fitted T-toting boys are just coming off Warped Tours in Calgary and Vancouver before heading to the Crankworx Monster Mainstage.

Kuba Oms and Velvet take over at 8:30 p.m., adding live electronica dance music to the mix.

Frontman Oms and Velvet’s funked-up, jazzed-up soul has sexed up dance floors across North America — much of their music is composed right on stage. A leading pioneer of live dance music, the electric groove can get even the most two-foot challenged moving to the beat.

Go ahead and close your eyes, you would swear a DJ was behind their sound. Great dance music combined with all the twists and turns improvisation risks, dancers can’t help but get caught up in the excitement of their explosive shows.

Oms keeps company with Velvet while at the same time living out his own solo recording career. He has shared stages with the likes of The Chemical Brothers, Nelly Furtado, Blackalicious and The Beautiful Girls. Oms also sang with Joey Keithley on the last D.O.A. album.

When not solo, Oms is fronting Velvet with its revolving door of invited musicians. Velvet recently kept company with Metallica and K-Os on the soundtrack for the documentary Let it Ride, a film about the life of late snowboard legend Craig Kelly.

Films are next in line for this Block Party celebration with two films and one trailer premier. Now a trailer premier may seem anti-climatic, but New World Disorder (NWD) fans have been waiting with bated breath for a sneak peak of NWD 8. With all of the world’s mountain bike community coming to Whistler for Crankworx, there couldn’t be a better time to launch it.

Freeride Entertainment, which produces the NWD phenomenon, is also premiering Crankworx’s Greatest Hits, a compilation of the best of Crankworx over the years, as well as Have You Seen It Yet?