New photo book captures a year in the Sea to Sky 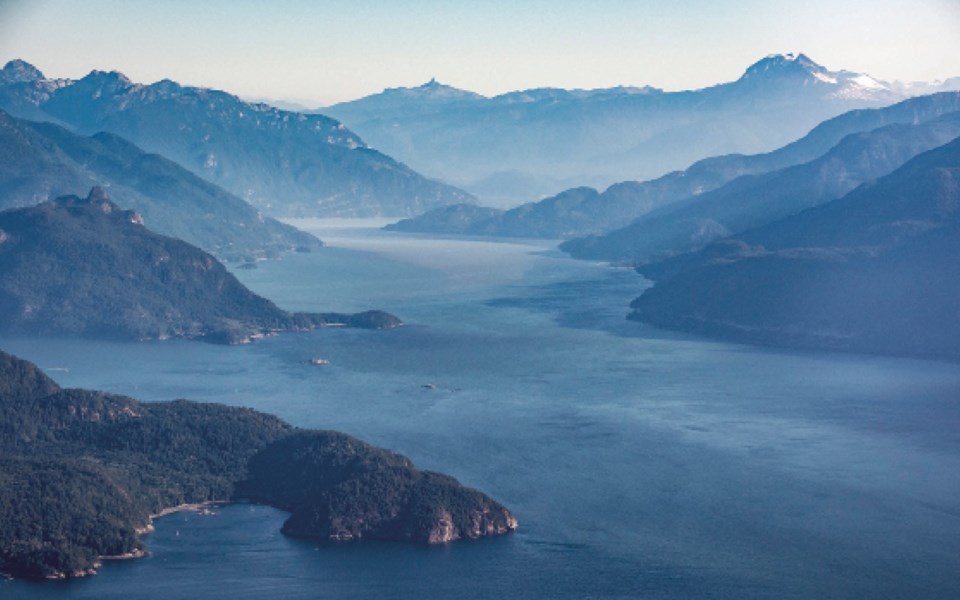 Back in 2015, Polek Rybczynski released his first photo book.

Valley of Light featured one photo taken each day during the previous year in and around Pemberton, from moments at One Mile Lake to the rocky alpine.

While it was an "extremely gratifying project," Rybczynski couldn't shake the feeling that it was meant to serve as a jumping off point for something bigger.

"It's almost as if Valley of Light was an apprenticeship," he says.

He took a year off after the book came out and "during that time it was constantly on my mind: 'I have to do the Sea to Sky.'"

So, last year, he set out to shoot a photo a day once again—only this time he widened the boundaries from Pemberton to the southern tip of Howe Sound on the Sunshine Coast side and then to the border of West Vancouver.

"It's such a small geographic area and there's such diversity," he says. "It's quite astounding. You have the marine life and the saltwater ocean life, which is very unique. Then you venture up a little bit and you have a very dense rainforest, classic West Coast. It's so green and vibrant ... You venture up into higher alpine of Whistler and the season is so different."

While the range of ecosystems offered a wider variety of inspiration, some of Rybczynski's favourite photos were the ones where he turned the lens on his own life.

The images also benefited from his experience creating the first book (coincidently his first son was born as he was working on that project), he adds. "A year of taking photos every day, you're connected in such a different way," he says. "You're so in tune and sharp. You can get those quick little glimpses and you can capture them. (There was) trust, overall, knowing I could do it."

With the year of photos complete, Rybczynski is now attempting to pre-sell copies of the book in order to fund the publishing. "It's a big shot in the dark sometimes," he says. "I get a lot of good feedback, but ultimately to have someone pre-purchase something not in front of them can be a tricky thing ... It's definitely a process that is daunting, but part of it is trusting and doing whatever I can to make it happen."

It might be a lot of work and a big gamble, but as he learned with the first book, that can lead to gratifying moments.

"A work friend bought (Valley of Light) for her mom," he says. "She was on her last days and her memory was fading. She would visit her in the hospital and every day they'd look at a day in the book. She was a lover of dogs and whenever she'd see a photo of my dog, that lit her up. That was the only time my friend said her mom was fully with it and appreciating the moment. When I hear stories like that, it's really such an inspiration."

To buy the book on pre-sale, or for more information, visit www.indiegogo.com/projects.