The Futures by Anna Pitoniak, a story about the Wall Street crash, published to acclaim
Jan 25, 2017 5:00 PM By: Cathryn Atkinson 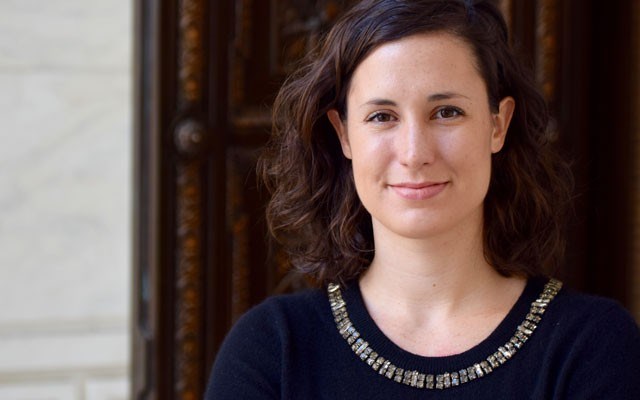 Whistler to NYC Novelist Anna Pitoniak drew on her childhood in the resort when creating a character for her first novel The Futures. The story is set during the 2008 Wall Street financial crash. PHOTO submitted

When author Anna Pitoniak grew up in Whistler, the financial world of New York City — the setting for her first novel The Futures — was a world away.

She went to school at Myrtle Philip Community School and Whistler Secondary from the ages eight to 16, while her father Ed worked for resort company Intrawest.

The family moved back to the U.S., where they were originally from, after Pitoniak completed high school at Brentwood College School. She went to Yale University and moved to New York after graduation.

"It's so nice to see a number from Whistler on my phone!" Pitoniak says from her home in New York City.

"It's amazing how different my daily routine is now, compared to when I was living in Whistler but I still think of it so fondly. It had such a formative effect on me.

"When I tell people here that I grew up in Whistler they are amazed. They say what a magical place it must have been, and it really was."

The Futures tells the story of Evan and Julia, who meet at Yale and fall in love. They move to New York just as the Wall Street crash happens in 2008, with both caught up in the drama.

"I remember the 2008 crisis very vividly. It is preserved in amber in my mind," Pitoniak says.

"I had friends who had jobs lined up at various financial institutions. We went to bed one night and then woke up the next morning and those banks no longer existed. And the recession cast a dark cloud. It gave us a sense that the world was shifting beneath our feet."

She says her time in Whistler has shaped The Futures, with Evan being from small-town British Columbia.

"I definitely put a bit of myself into Evan in terms of the experience of going to Yale and moving to New York. He comes from such a different environment and doesn't think this is the course his life will take," Pitoniak says.

"It was a lot of fun to write about from that outsider perspective."

The novel has been anticipated with enthusiasm, making it to 2017 must-read lists published by Town & Country magazine and Elle Canada, to name just two.

"The reception has been so wonderful and so gratifying to have this really positive reception. It is a funny thing to write a book and work on it for such a long time without showing it to anyone else and have it be a private thing. Then comes the day it goes out into the world," she says.

"It's is great to hear from readers that they were engaged by it or moved by it. I had a couple of events at bookstores in New York and family and friends were there, but a few came because they'd heard about it."

To have strangers tell her they were enjoying The Futures and ask questions about it was surreal, Pitoniak says.

The Futures is published by Little Brown, with hardcover going for $34.