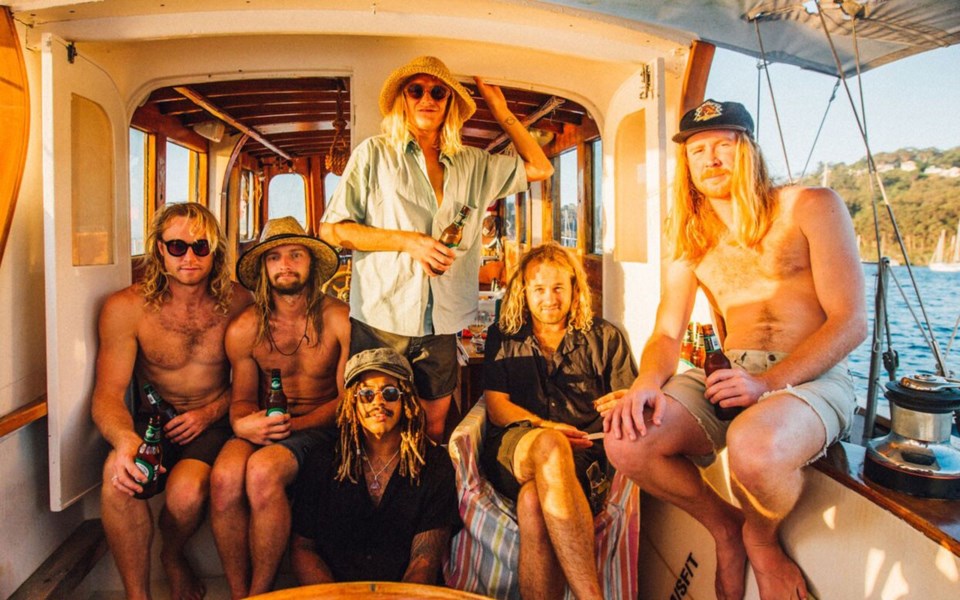 Making Waves Ocean Alley is set to play a sold out show at the GLC on June 3. PHOTO submitted

There have been several people "ISO" Ocean Alley tickets on social media in Whistler the last few weeks.

That's because the Aussie psych-rock band quickly—and quietly—sold out their debut Whistler show at the GLC. (A rare occurrence in a town where everyone waits on the short-term forecast before committing to events.)

Pique caught up with the band over email as they prepared to embark on their first Canadian tour to talk about their sophomore album, touring antics and the summer ahead.

Pique: You sold out the venue you're playing in Whistler before I even found out about this show. I think that might be a first. Have you played here before or this show going to be filled with every Aussie in Whistler?

Ocean Alley: First time to Canada for us and we are stoked Whistler is already sold out. Yeah, we'll be extending a warm, "g'day" to all our fellow Aussies, but we are keen to put on a sweet show for the North Americans too. It's very encouraging to have sold plenty of tickets to our shows in Canada. I'm sure we'll have plenty of fun!

Pique: You've been touring a ton since last year. What's it like to be on the road together (judging by your Instagram it seems like a lot of shenanigans)?

OA: It's always a bit of a vortex when we are on tour. A lot of time is spent waiting around and travelling between shows, so we try to have plenty of fun along the way. We have quite a big crew when we are on the road so there is always someone in a good mood keen to send it.

Pique: It's been a couple months now since Chiaroscuro was released. What was it like putting out your second full-length album? Often there can be pressure with a sophomore release.

OA: We did feel the pressure before the release but we were very proud of what we had made and so that helped us have reasonable expectations. We think it's the best work we've done to date and the response is backing that up so we couldn't be happier. Now onto writing the next one!

Pique: You're touring Canada as well as America. What's it like breaking into North America?

OA: We are just so stoked that our sound is being well received all over the world. We're super excited to finally be playing shows in Canada and the U.S. and showing our overseas fans what we can do on stage like we did on our Europe tour in 2016.

Pique: How often does Tame Impala come up interviews? (... and do you hate it?) Why are Australians doing psych-rock so well right now?

OA: Tame are one of Australia's best and most well-received music exports. They deserve every bit of attention they get! I think Australian musicians have a solid foundation of classic rock music to draw inspiration from and build off. By giving the themes and sounds of the rock classics a modern twist, Australians have just been exploring and progressing the music that we know, love and grew up listening to.

Pique: Any festivals/shows/places you're most looking forward to this summer?

OA: Cali Roots festival (California Roots Music and Art Festival) is gonna be a big highlight for sure. We are also keen to see a lot of the countryside during our long drives. We live near the beach back home in Aus and swim nearly every day, so I think there might be a "swim in every city we visit"-type challenge. If there's no beach then maybe a lake, river, pool or some kind of drainage ditch.