Creator of innovative Bassnectar project performs with Mat the Alien to wrap up tour
Dec 4, 2009 8:33 AM By: Holly Fraughton 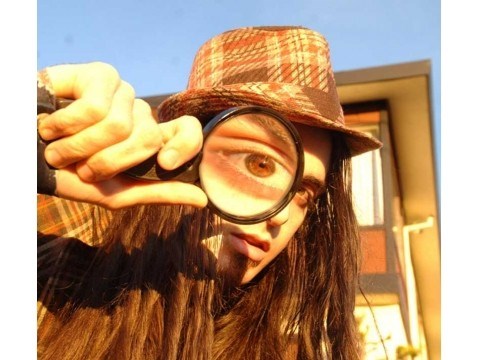 Lorin Ashton is the creative mastermind behind the Bassnectar open source music project, an experiment designed to fuse youth culture and social action that has taken on a life of its own. Pique caught up with him in Nelson earlier this week as he was unwinding from a show and getting ready to wrap up his latest tour.

Pique: Bassnectar isn't the name of a band, or even your stage name, is it? Rather, it describes an innovative open-sourced music project. What was your original vision behind it?

Lorin Ashton : In terms of creativity, I am pretty turned off by definitions, limitations, or restrictions. So Bassnectar is basically a wide-reaching umbrella that extends over any type of creative project I am involved in. Primarily, it is just bass-heavy music I create or remix, or collaborate on. I love playing music for people and I enjoy the interplay between a room full of people ready to rage, and big quivering waves of bass.

Pique: What is your musical background?

Pique: You describe the sound of Bassnectar as "omni-tempo maximalism." Can you explain what you mean by that?

L.A.: It means I can play/create/enjoy any form/style/genre of music, regardless of tempo... and there are no rules or limitations. I don't mean to be dodging the question; it's just that I love sound; pulsing heavy raw music, and how it affects people. I'm not interested in being restricted musically. I'm interested in exploration, re-combination, and insane levels of intensity and flux.

Pique: It appears that you collaborate with a number of talented musicians and producers - how important are these voices to the Bassnectar project?

L.A.: I really like approaching music from a freeform place of collaboration, so incorporating multiple voices/opinions/influences is crucial. It's like being in a band, where various members cross-pollinate their personality. I am influenced by everything I hear, and I interact with music from a pretty open foundation. I love working with other people.

Pique: Do you plan on keeping it going indefinitely?

L.A.: I don't know, there are a lot of things I am interested in, and this life is short. Right now the demand outweighs the supply so intensely, that I am kind of clinging on, white-knuckled, to whatever semblance of the reigns I can hold onto. Eventually, I would like to spend more time writing (fiction, journals, essays, forums, etc.) and interacting on more concrete levels with people (musical frenzy is pretty abstract). But in terms of your question: we all die, so there is no such thing as "indefinitely." Before I die, I want to live as fully as possible, and give the most I can back to the things I truly value: community, expression, education, empowerment, overall enrichment of people's lives on a basic humanistic level. At some point when a better avenue than "bass music" arises, I'll explore that.

Pique: You've just released your latest full-length album, Cozza Frenzy , which fuses dubstep, electro, hip hop, and basically anything else that's heavy on bass. How do you describe the finished product?

L.A.: It's basically 15 separate tracks, expressing 15 separate personalities. It was created for people, not press, so I really do not care if you enjoy it or not; it was designed to please fans of my music. I don't expect many people to like every song, but I think there is kind of something for everyone on there... a lot of tempo-shifted multi-faced perspective on bass and beats. It's just a collection of songs though...

On this tour I have had a lot of fun re-exploring various songs in a live context, and mashing up various elements of different songs into new combinations.

Pique: You worked with artists like Fever Ray, Zumbi of Zion I, Mr. Projectile and Capital J. Why feature these artists in particular? Do your philosophies and sounds work particularly well together?

L.A.: It was all really about sounds that grabbed me - if I was turned on by a sound, and then I went with it. There is a LOT of content that would have been on the album but I wasn't able to clear the samples and stuff... lots of other crazy styles of music which I was fusing together, but it's great because it leaves a lot of exclusive content for live remix sets.

Pique: Your live shows must be entirely different, because you take such a collaborative approach to your music. Can you explain what a Bassnectar live show looks like (what equipment you use, etc.)?

L.A.: Honestly, the average show on this tour has pretty much been a ram-packed venue, bodies filled with bass and covered in sweat, and everyone overdosing on enthusiasm while I play games with their nervous system via waves of sound, tension and release.

Pique: Anything else you'd like to add or mention?

L.A.: Whistler is the last stop on this tour, I've been going pretty much solid since mid-September, and I'm looking forward to the close-out alongside Mat The Alien. I've got longtime love for B.C., and can't wait to blow it out.