One life, many stories for Sheri Salata 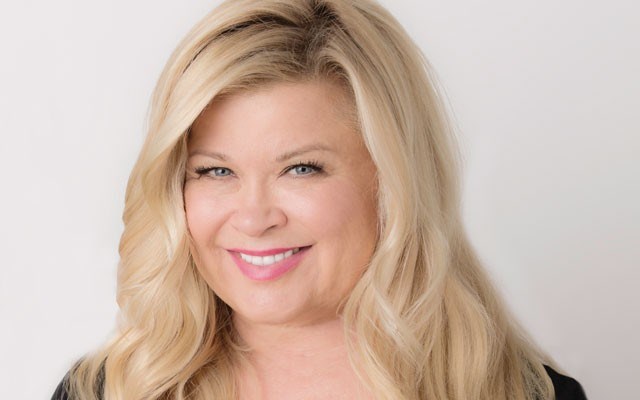 Dream big Storyteller, producer and entrepreneur Sheri Salata is a keynote speaker at Wanderlust on Aug. 5 and 6. PHOTO submitted

We all love a good story, and Sheri Salata knows this better than most.

"It's a fabulous time for storytellers all the way around," she says over the phone from Los Angeles.

"For me, it's especially the case now that I've connected to the fact that the most important storytelling I do is the storytelling I tell myself about my life."

An extraordinary career, but Salata stepped down in 2016 to create STORY, her media company co-founded with long-time friend Nancy Hala.

"STORY turns out to be the next evolution of my very, very dreamy ride. It's a chance to take everything I've learned and really hone it into my own vision with one of my dearest friends," Salata says.

"We are creating content that speaks to us and that matters to us. It all becomes very personal."

Salata says they have not been "super strategic" other than following their many passions; it is a project in which they intend to devote the second half of their lives.

"Here I am, 57. I have a slew of dreams I have not yet made come true for myself, and what I know is that it is never too late. I also know that what is important for me is how I speak to myself about that," Salata says.

She says she wouldn't have had the courage in her 20s and 30s to found her own company, and in recent years she has met many young, inspiring female entrepreneurs who showed the way.

"I'd sit there with such admiration, thinking I did not have that back then, but the question is: do I have it now? And the answer is, I do have it now," Salata says.

"I want my creative time to be as personal as any other personal thing I am doing in my life. It's my theory which I have called One Life."

It has been a whirlwind year for Salata, and STORY is currently working on its first TV project, The Gilded Razor, based on a memoir by Sam Lansky, through Orange Dragon Productions.

There is another TV project soon to be announced and while excited, Salata won't spill more.

She is also working on a book and a podcast. Her memoir, A Year at Belle Vie, a look at how it is never too late to make dreams come true, is due to be completed next year.

Salata is speaking during the Wanderlust yoga festival, which returns to Whistler from Thursday, Aug. 3 to Sunday, Aug. 6.

Her first presentation, One Life, looks at how people can create the lives they've dreamed of by reframing and defining who they are. It takes place on Saturday, Aug. 5, at 2 p.m.

Her second is Dream Big — Re-visioning Your Life to Make it All Come True, a look at launching quests for a better future no matter what age you are. It takes place on Aug. 6 at noon.

Salata also intends to have a relaxing time at Wanderlust, participating in workshops when she can.

This is her first visit to the resort and will be her only Wanderlust talk for the year owing to other commitments.

"Every time I think of Whistler, I think I'm going to fill my cup. It looks so beautiful," she says.

Salata is one of several keynote speakers. Others include Dave Asprey, the CEO of nutrition company Bulletproof, and Catherine Wood Thomas, author of the New York Times bestseller Conscious Uncoupling.

There are dozens of workshops to help people find their True North, Wanderlust's credo.

They include many yoga and meditation classes for all levels, hikes and runs, food experiences, and free concerts.

Charles Bradley & His Extraordinaires headline the festival at Whistler Olympic Plaza on Saturday, Aug. 5 at 8:30 p.m.

An interview with Wanderlust performer, Montreal DJ Seriousblack, can be found on page 74.