Mozart’s The Magic Flute speaks to all with humour, fairytale and English language
Mar 16, 2007 2:04 AM By: Nicole Fitzgerald 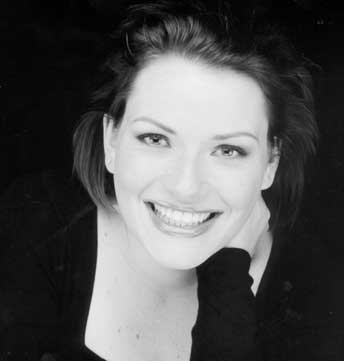 “I didn’t grow up in a classical household. I grew up listening to Billy Joel and Bruce Springsteen." Opera singer Erin Lawson on musical background, photo submitted

What: The Magic Flute

An opera that can keep more than 100 kindergarten to Grade 8 students sitting still and quiet for one and a half hours?

Trying to get adults who have never been schooled in opera to do the same seems equally unlikely.

But opera singer Erin Lawson, who performs in the upcoming production of The Magic Flute, says yes it can and has been done and most importantly, audiences’ attention was not only kept, but their love of opera sparked for future productions to come.

“Our show is so incredibly accessible,” said the young talent from a Quebec hotel room as her troupe Jeunesses Musicales Canada tours the famed opera across Canada in both English and French.

“I didn’t grow up in a classical household. I grew up listening to Billy Joel and Bruce Springsteen. My parents came to see the show, the second opera they’ve ever been to, and they loved it because (The Magic Flute) is such a fun story and the music is so easy to listen to. Everyone always has so much fun with it.”

Everyone covers everything, from the group performing to kids in elementary schools to adults in formal theatres — opera newbies and aficionados alike.

That is why music and theatre lovers of all ages are invited to a rare night out with the opera in Whistler with The Magic Flute on Tuesday, March 20 at MY Millennium Place.

Opera fans will love The Magic Flute as the second to last composition Mozart composed, and therefore the work illustrates his full musical maturity.

The Magic Flute libretto reads like a fairytale with an endless quest for love, encounters with people larger than life, double-entendres and explosive reversals.

The comical story follows The Queen of the Night who sends the young Prince Tamino and friend on a mission to rescue Princess Pamina, who was kidnapped by the diabolical Sarastro. Tamino is promised the Princess’s hand in return for the rescue. Buffoonery, trickery and hilarity follows — and the audience will follow along with every step.

The Magic Flute is one of the most produced and popular operas because of its accessibility. The opera was a first for the 18th Century as Mozart penned it in the language of its listeners (German) rather than the popular French and Italian languages of the time. Mozart was also the first to introduce dialogue rather than traditionally singing of the recitatives.

“Mozart wanted to write an opera with a plot and in a language that was easily accessible, so that everyone could understand what is happening,” Lawson explained.

The Whistler performance will include songs sung in the language Mozart intended, German, but all dialogue will be in English.

Accessibility and inspiring opera going audiences is at the heart of Jeunesses Musicales Canada, a non-profit organization that seeks to promote the performance of classical music as well as encourage and support young professionals in their pursuit of a classical music career.

The Magic Flute cast and crew is made up of 20- and 30-somethings who are in the initial stages of a formal career.

Lawson recently graduated from the astute music program at Wilfrid Laurier University. She performed in numerous school, workshop and amateur productions. She also won the Canadian Music Competition and appeared in the The Classical Now television show on Bravo.

“The program gives young artists in the classical tradition a chance to get their feet wet in the business,” she said. “Yesterday we drove 16 hours before a show, so we are learning about the lifestyle we can expect. You wouldn’t do it if you didn’t love it.”