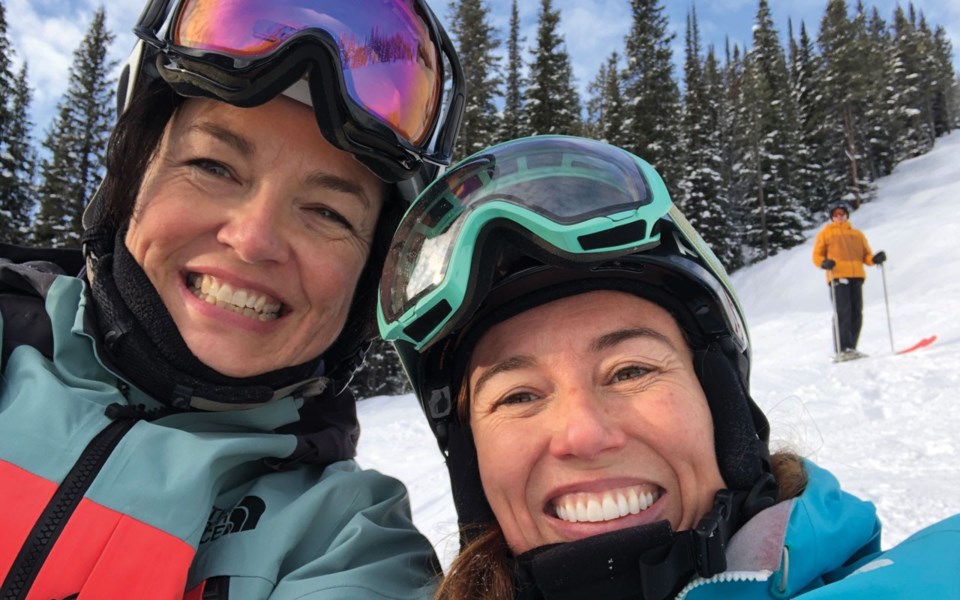 They might have accepted the honour via Zoom, but for the co-owners of Origin, a SAMMY Award was a perfect pick-me-up during these challenging times.

"We found out about a month ago," says Whistler-based Danielle Kristmanson. "A month ago, we were in the darkest days of 'will our business survive?' It was definitely nice. We maybe appreciated it even more so than we would in a normal year."

Every year, Ski Area Management (SAM), a trade publication for the mountain-resort market, hands out its SAMMY Leadership Awards to people who work in the mountain resort industry and "demonstrate the enthusiasm, passion, and creativity that will shape our future," as the description reads.

This year, rather than the ceremony taking place in a warm locale as part of the National Ski Areas Association convention as it usually does, recipients gathered online on Tuesday, June 9.

"It was super nice," Kristmanson says. "There were a lot of people on the call—a whole bunch of previous SAMMY winners and I think they really treat it like a celebration, like a welcoming to the alumni."

For Kristmanson, the biggest takeaway was learning that Origin—a design and communication company focused on the outdoors—is viewed as part of the ski industry.

"I was surprised [to get the award] just for that reason," she says. "We aren't technically part of the industry. We're not employees or owners of ski resorts. Historically, [the award] is reserved for GMs or owners or people who have really invested their entire careers into the ski industry. When you look at it, I'm going on my 30th year of working in the ski industry, so I guess it's the same."

The other element of surprise: Kristmanson still isn't sure who nominated them. "They read several nice quotes from our nominees," she says. "There were a few of them, I guess. Some nominated me, some nominated my business partner [Marie-Josée Legault], some said, 'You can't nominate one without the other.'"

Kristmanson, the company's founding partner and creative director, has worked with resorts and outdoor brands ranging from Whistler Blackcomb to Park City, Sun Valley Resort, and LL Bean, to name just a few. Legault, who's based in Montreal and serves as partner and strategy director, has helped steer brands like lululemon, Jay Peak Resort, and the Canadian Ski Council.

"These two started a resort-focused marketing firm decades ago, on two coasts, that has influenced resort performances from Vermont to the Canadian Rockies," one nominator said, in a press release. "They are not only great managers—and it's difficult to give accolades to one without the other—but fantastic marketers who, on more than one occasion, have helped change the way our sports are portrayed. They are helping to shift the way resorts look at their audiences, the voices they use to speak to them, and leveraging the results that are created."

Receiving the accolade in the midst of a global crisis has prompted Kristmanson to reflect "about what kind of obligation I have moving forward," she says.

"As soon as someone calls you a leader, it's like, I better do something to deserve that. We're going through trying times in the ski industry right now. It's caused MJ and I to reflect on what we have to offer this industry in this hard time."