Out of Bounds breaks record 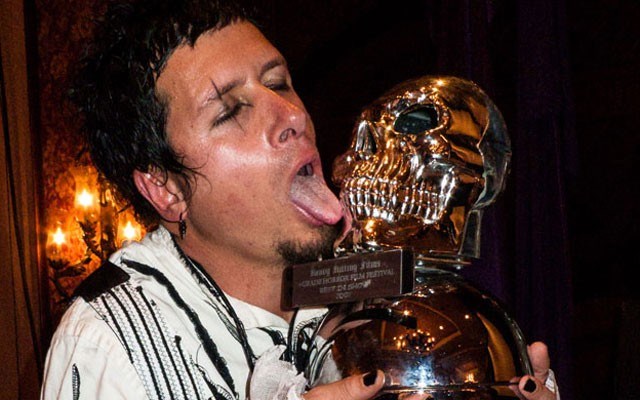 The Whistler Arts Council held its largest-ever exhibit opening last week when it transformed Scotia Creek Gallery into a rustic ski cabin for the Out of Bounds: Tales from the Backcountry launch.

"It was an amazing turnout," event organizer Andrea Mueller says in a release. "The gallery was full of people getting excited for the upcoming ski/snowboard season. We worked hard to market the event this year and came up with the theme Cabin Fever thinking it would be something that people in Whistler could relate to, and it turns out we were right. Apparently everyone in Whistler owns at least one item of plaid or an ugly ski jacket. I never thought I would see so much plaid all in one place."

It was the first time in the history of the building that lines to get into an event were out the door. Attendees cast over 650 votes for both contests, which are open until Oct. 25.

Celebrate International Day of the Girl

Whistler is celebrating the International Day of the Girl on Oct. 11 with a screening of the feature film Girl Rising.

The movie chronicles the stories of nine girls around the world who were born into difficult circumstances. Hosted by GoVolunteering and Ki Communications, the first show at the Squamish Lil'wat Cultural Centre has already sold out, but organizers have added another screening Oct. 23 with tickets on sale now.

"We believe in the power of education to change not only a girl, but the world," says Dee Raffo, PR specialist at Ki Communications, in a release. "By hosting an International Day of the Girl Event in Whistler, we are demonstrating our commitment to breaking down the barriers that prevent girls around the world from going to school — barriers like child marriage, sex trafficking, gender violence and discrimination. We are proud to be part of this growing movement, raising visibility in Whistler alongside thousands of other events worldwide."

Get your tickets at https://girlrisingwhistler2.eventbrite.com.

The Heavy Hitting HorrorFest returns for 2013 to scare the pants off of locals ahead of Halloween.

The popular film fest collects the best (mostly) locally made films to be screened at an event Oct. 30 at the Fairmont Chateau Whistler with a party to follow.

Tickets sell out fast, so be sure to grab yours at heavyhitting.com/tickets. Organizers have also just released a teaser video for a taste of the horror to come at http://vimeo.com/75618385, but beware, it contains ghoulish content... and a few f-bombs.

Local artist (who was recently crowned favourite artist in Pique's 2013 Best of Pemberton poll) Vanessa Stark will have her work featured in a solo show at the Brackendale Art Gallery throughout October.

Dubbed "Wild and Free," it will include a range of her mixed media pieces which incorporate maps of the area to create animals, portraits and mountain landscapes. The opening will take place Oct. 6 from 3 p.m. until 6 p.m. at the gallery.

Ivan Hughes, who also organizes the Squamish Mountain Festival, said the film tour was being shown across North America after kicking off in Boulder, Colorado, on Sept. 19. He adds it was "going to be great again this year. We show the best adventure films from the best adventure filmmakers in the biz today."

Films include High Tension: Ueli Stek and the Clash on Everest, The Stone Masters and The Sensei.

"It's totally inspiring action from the top climbers in the wildest places," he says. "There's amazing stories from the past exploits of the Yosemite hard asses, to the women who are rocking the hardest climbs around, to the conflict on Everest where climbers got in a fight with the Sherpas high up on the mountain."

Tickets are $18 at the door or can be bought online at www.whattheheck.ca.