Snowslam offers up seven bands in just one evening
Feb 6, 2009 8:06 AM By: Holly Fraughton 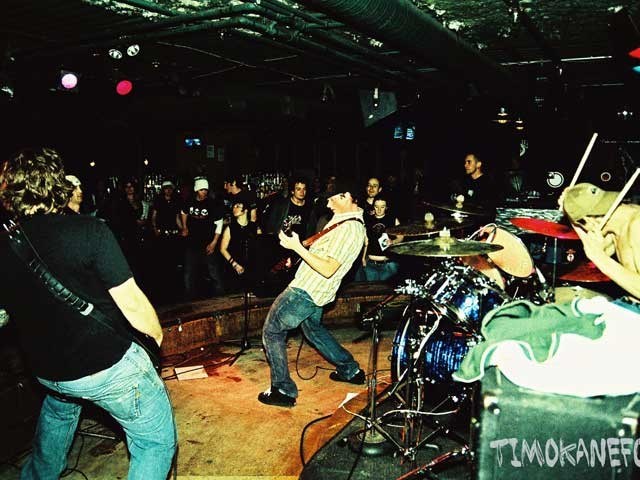 Craving a fix of punk rock this weekend? Looks like you're in luck - Merlin's is playing host to not just one band this weekend, but seven, on Saturday night.

Jamie Weatherbie is the lead singer of Slush, a long-time local punk band. Recently, the musicians have been focusing on writing new material, playing only a few gigs around town, including a recent show with Gob.

"It was a fun show, we had a blast," Weatherbie said. "It was a good turnout! The cool thing about the show was the fact that we've been giving away so much free music in the past few years that we had what seemed like more people singing to us than Gob, so that was a bonus."

But they've also been busy organizing Snowslam, a one-night punk show that will showcase some very talented groups from throughout the province.

"Basically, in the mid-90s, Whistler and all of Canada used to have a big punk rock tour that would go to all the ski resorts in Canada and it was called the Snowjam Tour."

The tour fizzled out in the mid- to late-90s, but the men of Slush seem determined to keep the local punk scene alive and well. So, they've decided to bring the tour back to town, in a bit of a different way, this year.

"It's strictly all B.C. bands, but its kind of the same idea as bringing all the big bands in B.C. to Whistler for one show," he explained.

"The most established B.C. bands everyone is really into right now are all playing one big show, so it's a bonus," Weatherbie said.

While the lineup offers an assortment of different types of punk for all tastes, they're all high-energy groups that promise to be great performances.

This isn't the first group show that Slush has organized in Whistler this year; in August, they hosted the Whistler Punk Festival at Merlin's. Weatherbie explained that they've decided to take on the challenge of coordinating local shows after a local promoter left town.

"So if we want to keep playing, we've got to do some shows ourselves," he explained. "It's something that I've wanted to do for a while, and when someone else is booking shows in town, it kind of makes you lazy and not want to do it."

And here's the best part: even if your wallet is feeling a bit light these days, show up before 9:30 p.m., and cover is just $5. Seven bands for $5? You can't do much better than that.


Turn Up Winter, Part III
Can you be Canadian and not be a Neil Young fan? Hell, can you enjoy music and not be a fan of north Ontario's prodigal son?

In 2005, facing a future that might not have included any future at all - a brain aneurysm threatened to make him the late, great - Neil Young took to the stage in Nashville for a couple of nights of new music and old music. The concerts, captured with a filmmaker's eye by Jonathan Demme and released in 2006 as "Neil Young: Heart of Gold," are stunning tributes to the man's music and to his power to dominate a stage and capture an audience's heart.

Presented as week three of the Turn Up Winter concert film series, "Neil Young: Heart of Gold," will screen at MY Millennium Place on Wednesday, Feb. 11 at 8 p.m. Tickets are $10 at MY Place or $8 for Club Shred members.