Quoia has an impossible name and grooves to last 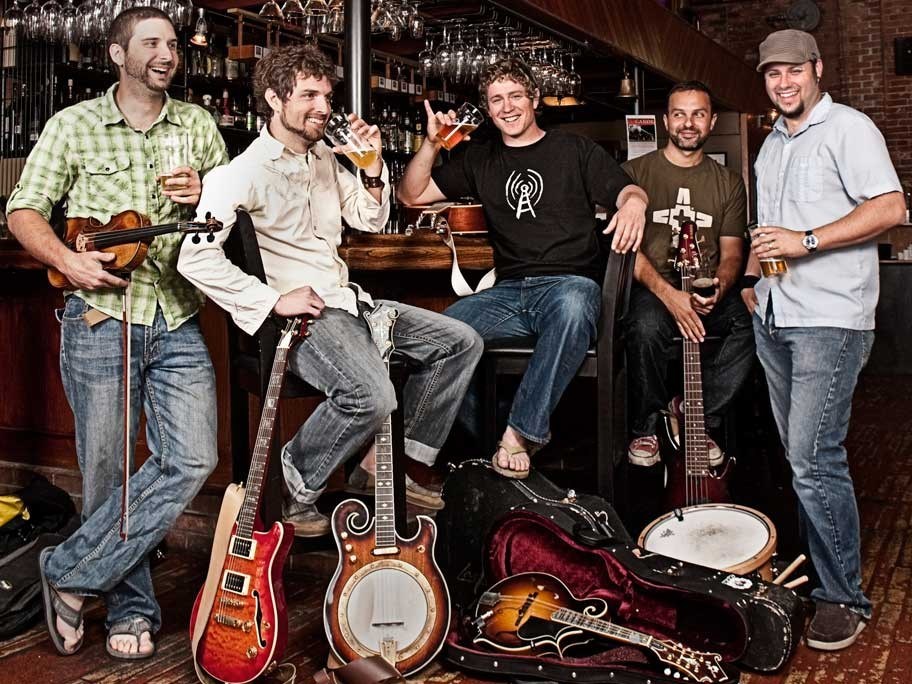 Island boys Victoria's Quoia will play Merlin's this weekend in support of their 2011 album Wildside. But expect some new songs on the set list — another album is on the way.

Big things might be brewing for Quoia. We'll discuss that in a minute, but first let's deal with the name. It's pronounced kwoi-a and vocalist Mike Hann says "everybody" asks about it.

"Once you're committed to it, you can't really go back," he says with a laugh.

So there you have it. Now down to brass tacks: Big things, possibly looming.

Quoia has just come off their best year so far, having released their first full-length album, Wildside, to considerable fanfare. Their single "Let Me Know" cracked the top 20 on local radio. They played to, like, 30,000 people for the Canada Day celebration outside of the British Columbia Parliament Buildings.

They produced the highly successful Tall Trees Music Festival in Port Renfrew. They were nominated for Monday Magazine's M Award for favourite Victoria band. They didn't win, but just being nominated means they're one of the favourites.

Their popularity so far been has been confined largely to Vancouver Island. It's a unique occurrence. Nowhere else in the province are music fans so devoted to their own as they are on Vancouver Island.

And nowhere has this support been more concentrated than at the Tall Trees festival. The band members founded it in 2010 and in 2011 Hann says the festival grew by 25 per cent.

"I find it incredible," he says. "We've so far had it as an island exclusive festival and it's been just amazing the kind of talent that we can pull from out here and just how supportive all the fans are of it."

"With events like Tall Trees, it's amazing the networks that are being created and the musical relationships that are forming," he says.

It speaks to the philosophy of the band itself. Hann's direct and personal lyrics tell of a man's connections to the people and environment around him. The band plays some of the most uplifting coastal jams produced in a city known for its uplifting coastal jams. They're certainly a product of their environment, akin to fellow Victorians Vince Vaccaro and Current Swell, but in philosophy only.

The band formed at a weekly jam night at The Canoe in Victoria. The night started as loose jam and eventually the four friends — Hann, Alex Nicholls, Mike Roma and Keith Gallant — started performing regularly. It became one of the most popular nights in Victoria, driving the popularity of The Canoe, and because there was no mandate to play cover songs the band cut their teeth while playing original songs.

"The night really blew up," Hann says. "We started getting sold out nights weekly, which was awesome, and then we made the decision to move on from there."

The band is the sum of its parts but Hann's the creative driver. He lays down the foundations of every song before turning it over to the others to build on it.

And man, is he productive. Wildside was fully written by the time they'd released their Five Feathers EP in 2010. Their new album is already written and they'll be heading into the studio in early spring.