Return to Earth aims to live in the moment 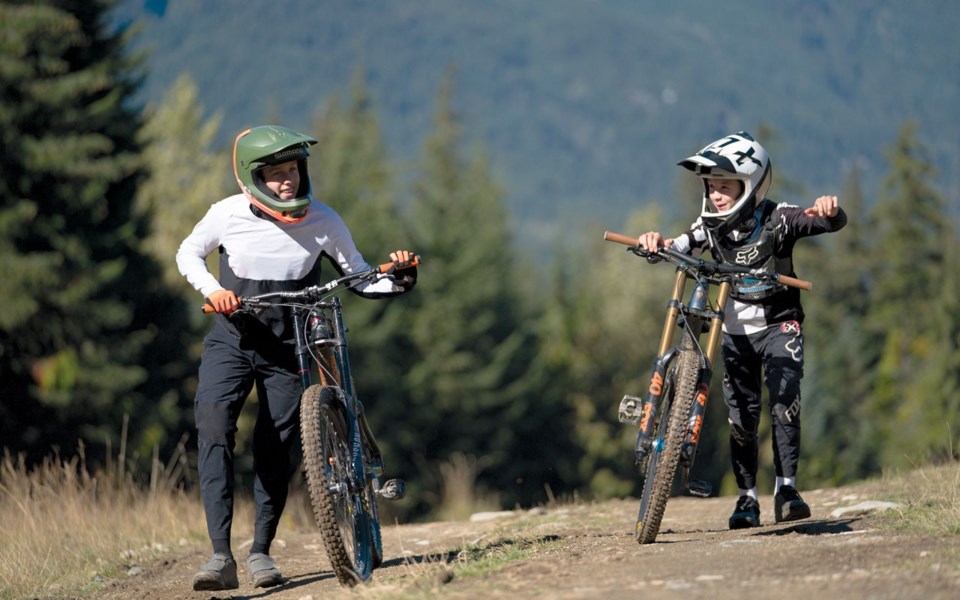 Even if you haven't put foot to pedal in a while, chances are Anthill Films' latest production, Return to Earth, is still going to make you nostalgic for your youth.

The film is built around the theme of living in the moment—and who achieves that more wholly than a kid on a bike? "We knew we wanted to do something with kids because we're looking at all the different angles of living in the moment," says Darcy Wittenburg, director of the film. "We thought, 'Kids are the ultimate live-in-the-moment generation.' They're at an age where they're not thinking about their future seriously. They don't have much of a past to look back on. They don't think; they just act and do whatever they want."

To that end, they recruited a handful of young local riders, ranging in age from 10 to 15, including Jackson Goldstone, Jakob Jewett, Dane Jewett, Anthony Shelly, Mateo Quist, and Max Wittenburg. Part of their high-level skills are due to an industry-shift creating well-made products tailored for their smaller frames, Wittenburg says.

"Kids are riding at such high levels in the bike park," he adds. "It was important to put them in the bike park to give it context. (People know) A-Line, Crabapple Hits, to see kids riding those features that a lot of adults can't do, or are happy when they do ride, we thought that would give a lot of perspective."

The major difference between directing kids and pro-riders was one Wittenburg didn't expect, however.

"The kids were amazing—professional and really engaged. I thought it would be harder keeping them focused. The big difference was they had endless energy, even after working six or seven hours, at the end of the shoot, they were like, 'Could we do more laps?'" he says.

Groms aside, the film also includes big-name riders like Brandon Semenuk, Brett Rheeder, Casey Brown, and Ryan Howard, to name just a few. "The idea behind the film is really to encourage people to get outside and get on their bikes," Wittenburg says. "That's always the number one goal when we make a film—to inspire people to go ride ... We don't hit that too hard, but it's really to just show the different ways mountain biking helps you live in the moment. It's about being in the present and appreciating the time you have."

To capture that, they travelled around the world to locations ranging from Argentina to Wales to Utah and Colorado. The most memorable, though, was a month-long stay in Hawaii.

Now, a year after they first started working on the production, Anthill, which is based in Squamish, is ready for its world premiere in Vancouver on June 14. That will be followed by two shows in Whistler at the Maury Young Arts Centre on June 16 at 6 p.m. and 8:30 p.m.

After that, the film will tour around the world for a month before hitting iTunes on July 15. "We think (watching it on the big screen) makes it a more immersive experience," Wittenburg says. "To go watch a film with other people, everyone is channelled into the same mindset. The longer form allows you to be more immersed in the experience than a shorter clip. For us that's a big motivation for why we make it."

For more information and tickets to Return to Earth visit returntoearth.movie/tickets/.