Ross back with Lord of the Rings

The man who brought you the One Man Star Wars Trilogy takes on another blockbuster
Mar 11, 2005 1:03 AM By: Shelley Arnusch 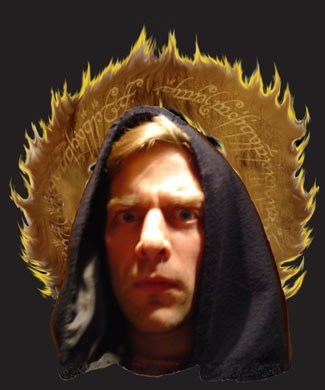 Who: Charles Ross — One Man Lord of the Rings

It took Charlie Ross to bring J.R.R. Tolkien’s Lord of the Rings trilogy to the stage in one hour.

To be fair to Jackson, (a disclaimer seldom heard since the man and his cohorts dominated the 2004 Academy Awards), Ross is essentially piggybacking on the Kiwi visionary’s films. Ross’s One Man Lord of the Rings Trilogy is a sequel to his wildly popular theatrical curiosity Charles Ross: One Man Star Wars Trilogy, which has swept Fringe Festivals and sold out venues of all shapes and sizes since debuting in 2001, including Whistler’s Millennium Place in January 2004.

Now he’s got another arrow in his quiver.

A skilled impressionist, Ross morphs major and memorable minor characters into each other in a hypnotically fluid continuum, flinging himself around the stage like an ungainly ballerina and sealing any gaps by humming soundtrack music.

Reviewer upon reviewer has commented on how the mere spectacle of Ross’s One Man undertakings eclipses any need to know the material as well as the actor, or the supergeek aficionado.

This is a good thing for Ross considering the relative new-ness of his latest project. Sure the Lord of the Rings is a billion dollar global phenomenon but it hasn’t yet sunk into the collective pop culture psyche the way Star Wars has. Don’t believe me? A simple test: hum the Star Wars theme. Now hum the Lord of the Rings theme.

Even so. It’s getting harder and harder to find anyone over the age of two who couldn’t tell you Sam Gamgee and Frodo are Hobbit bosom buddies and not the special of the day at a Hungarian bistro.

"It’s not as ingrained, but still, it’s fresh, it’s new," Ross commented. "People will have seen it fairly recently.

Ross is getting his own set of hardcore fans. Last September Gandalf himself – the distinguished actor of stage and screen Sir Ian McKellen – came out to see him perform One Man LOTR, and in April 2005, he’ll perform a run of One Man Star Wars at the official launch party for Star Wars: Episode Three in Indiana.

Over the last three years Ross says the toughest task has been learning to deal with the solitary nature of touring a one-man show. The strenuous nature of his performances requires a disciplined lifestyle, almost like a pro-athlete.

"You’ve got to watch what you eat and not screw around too much," Ross noted. "Don’t stay out drinking late at night and try and get some sleep. If I get sick, there’s no stand in. It’s just me."

"Just me" seems to be working just fine. Ross has broken ground with Star Wars and Lord of the Rings is proving a successful sequel.

"There was a little bit less stress insofar as what to write and how to write it," Ross said. "I think the stakes were a lot higher though, because I really wanted to make sure I had something equally as good, if not better than Star Wars. The bar has been raised."

Can it be raised further? Ross is inviting his fans to help him see into the future. A poll on his website (www.onemanstarwars.com) solicits votes on the next Ross adaptation. Choices range from the Matrix to the Muppets to Mr. Dressup.

So far the Matrix is kicking ass.

And so is Charlie Ross.

Charles Ross — One Man Lord of the Rings presents a two show run in Whistler Saturday, March 12 and Sunday March 13 at MY Millennium Place as part of the Whistler Arts Council/MY Place 2004/05 Performance Series. Both shows begin at 8 p.m. For ticket information call the MY Place box office at 604-935-8410.