Sea to Sky musicians get creative

With shows cancelled, artists are turning to new ideas for revenue and fulfilment
Apr 2, 2020 2:00 AM By: Alyssa Noel 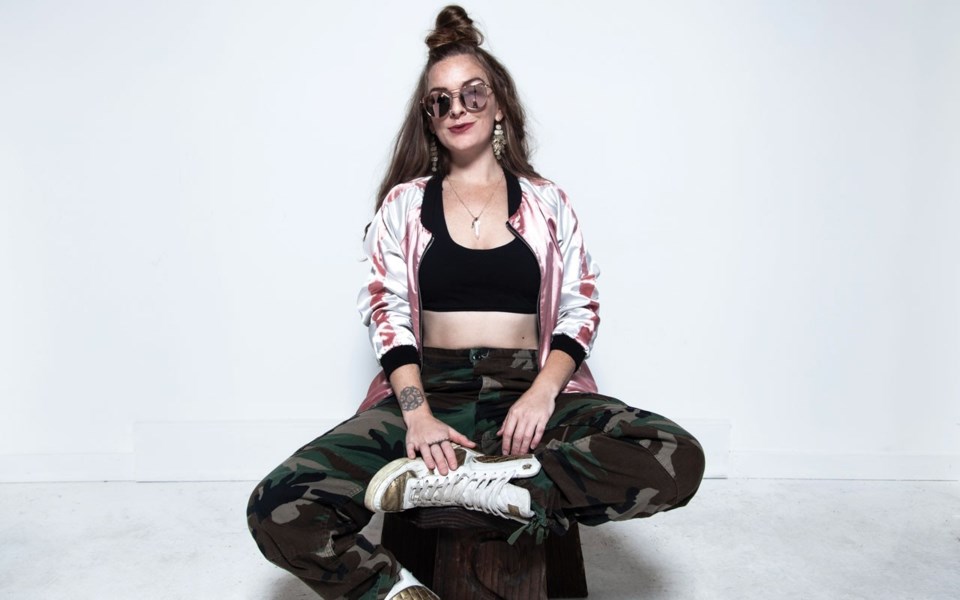 Meaghan Mullaly—better known as Lozen—is delving into a range of artistic pursuits during COVID-19. photo by Anna Dziczkaniece

Like many creative people grappling with COVID-19 upheaval, when Will Ross' gigs were all cancelled, he turned to the internet.

The Squamish musician—who often performs in Whistler—had long taught a select handful of students guitar lessons to supplement his income, but with no concerts in his foreseeable future, he decided to add more—virtually.

"I only had students in Squamish—I think five—and that's all I wanted at that particular time because I was so busy with my new show schedule," he says. "Now, I have so much time on my hands and I have tons of references and the ability to teach kids guitar."

Armed with new equipment like upgraded mics and a screen, Ross launched his remote lessons earlier this month with about 10 students. "I'd love to pick it up to 20 or 30 a week," he says. "I tried the first couple yesterday and they went great."

Ross is not alone. Musicians the world over have gotten creative during self-isolation, livestreaming sets, selling merch online, and tapping into other artistic realms to try and fill the void left by cancelled shows.

While it might be hard to see the bright side in mass self-isolation (well, aside from flattening the curve, of course), one perk of online guitar lessons for Ross has been its large reach.

"I have a few lessons for students now from Ontario that were like, 'Whoo hoo! You're going to [teach online]!' I grew up in Hamilton, so I'm taking on some students from Ontario at the moment, which is really cool. It's not something I would've entertained or fathomed before."

The individualized lessons are $20 a session (down from $30 for in-person lessons) and Ross says he hopes it will help enrich people's creative lives while they're stuck at home.

"I'm trying to keep it affordable for everyone too," he says. "If anyone is interested, by all means, feel free to drop me a line."

Hip-hop artist Meaghan "Lozen" Mullaly not only saw her shows disappear, but also contracts for her burgeoning audio/visual career were cancelled.

"It was gig after gig," she says. "I had five other gigs this month and it was one after the other gone."

In true Lozen fashion, she took the opportunity to turn inward and reflect on what path she should follow next.

"I'm doing my best to look at it—this might not be other people's truth—how is this serving me? It might be hard to do that. That's not to say I haven't had my, 'Holy fuck' moments ... But how does it serve me to panic? In my lifetime, I don't know when we've had something tying us together in a strange way. That is actually something we all can really relate to even though we have our own personal experiences with it."

To that end, aside from going out (safely) in nature, Mullaly is taking the opportunity to delve into other creative endeavours that she's long dabbled in.

"I know a lot of people recognize me first as being a rapper and now more of an artist because I play with a band, and a radio DJ—we get put in all these boxes," she says. "But I like creating a lot of different media."

To contact Ross about guitar lessons email willrossmusic@outlook.com. For more on the multi-talented Lozen visit behance.net/lozendesign for graphic design, lozenmusic.com/bio for writing and music, and check out her Instagram at instagram.com/lozenmusic/ for various other creative endeavours.