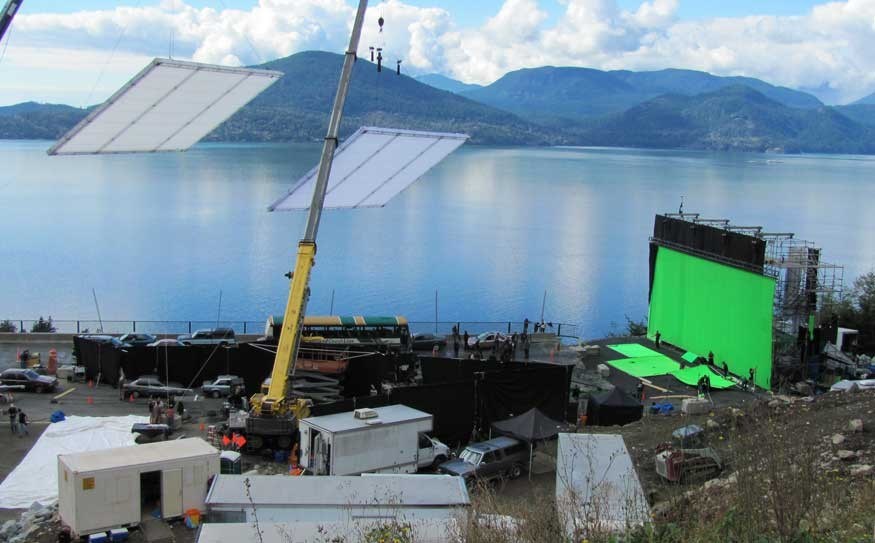 On Wednesday, BC Film Commission manager of community engagement Gordon Hardwick will speak at the Whistler Chamber of Commerce luncheon about the opportunities available to Whistler for film production.

The BCFC aims at strengthening the business of film and TV production in this province. Gardwick will focus on how Whistler can play an important role in attracting opportunities in B.C.

Hardwick spoke with Pique by phone from his office to talk about what opportunities Whistler and the Sea to Sky region has to offer.

Pique: What is the state of the film industry in B.C. right now?

Gordon Hardwick: Basically we're holding our own in a very competitive environment internationally. We have challenges related to the 250 film commissions around the world that are trying to position themselves to take our business away from us. So we're always in the position of providing high-level service to the industry.

Much of our efforts now through the Film Commission are coordinating with local governments and facilitating access to location resources that are used in the manufacture of film.

Pique: How does the industry affect Whistler?

GH: We market the province of British Columbia as a destination for filmmakers based on the diverse geography of this province. Although our clients will choose to stay as close to the centre of Vancouver as possible for their own social reasons, they are driven by creative need with regard to their locations. Part of our role at the BC Film Commission is to inventory the province of all potential locations and meet the creative expectations of clients. That includes what Whistler has to offer, which is easy access to alpine and sub-alpine areas, as well as the village look and the lakes.

Pique: Is that supported here?

GH: I think so, yeah. Part of the reason I'm coming up there is to coalesce that a little bit around the effort. Certainly the (RMOW) is supportive of filming. I think the town has traditionally been supportive although it has had complicating factors that I would like to address directly, mainly due to the fact that they have such high volumes of users through the winter months when the snow is of primary interest to our clients.

Pique: Is there conflict between Squamish and Whistler in attracting filming?

GH: Our clients are driven, like I mentioned, through creative need, so there's really no competition between the communities. They offer something completely different in the way of looks. When clients are seeking a look of a small Midwest town with mountain views, they're going to be in Squamish taking advantage of Main St., the vista of the Chief and the surrounding mountain range.

When they go to Whistler, they go for very different reasons. Obviously the volume of snow, the accessibility to the mountain, and the more sub-alpine look, which they don't have in the Squamish valley.

Pique: Do you know how important the film industry is to the Sea to Sky economy?

GH: Not specifically. We encourage the local governments when they do a shoot to conduct exit surveys on the way out to see what kind of economic impacts there were to the specific communities. We don't track it individually; we track it in an aggregate throughout the province because that's the role we play.

Suffice it to say, the Sea to Sky corridor brings a variety of geographical looks to the mix, which they would need to travel much further to get, if they were to go into the interior of British Columbia. So the highway has made a big difference in accessibility for both those locations and the opportunities for both Squamish and Whistler, and even into Pemberton.

Pique: How are you trying to bolster the region's reputation internationally?

GH: "We're driven by creative need. When we receive a script, our scouts break down that script and look at the individual component sets and what's available. Often our clients will dictate quite quickly how far they are willing to go in order to get that look. If they're looking for alpine or sub-alpine look, or even the lakes with the mountain ranges, we're going to present those options to the client and include Squamish and Whistler."