Television series featuring rider personalities and places from throughout B.C. to air on The Score this season
Dec 5, 2008 7:09 AM By: Holly Fraughton 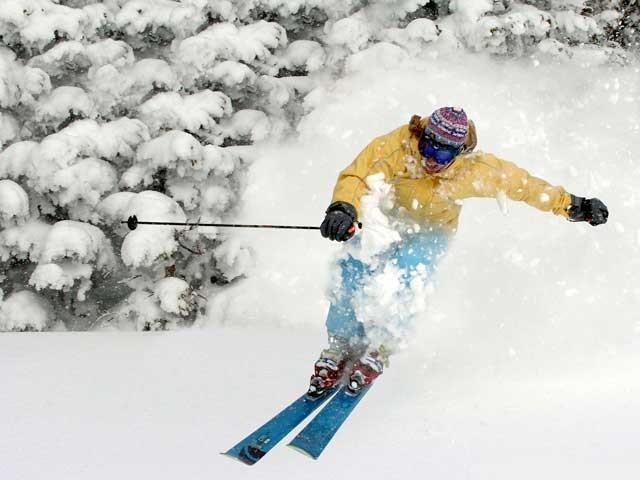 Sure, conditions may be less than ideal for riding or skiing right now, but if you’re looking for your fix of powder and personality without leaving the couch on a lazy Saturday afternoon, change the channel to The Score.

Chris Jaycox is the producer of “Slopestyle,” a 13-part television series that explores mountain culture at resorts throughout British Columbia, including right here in Whistler. He developed the concept of the series a few years ago, and has been working on creating the show since then. Eclipse Pictures was founded about nine years ago, and now they produce television programming and the occasional film out of the Northwest.

Though Jaycox is originally from Vancouver Island, during the winter months, he is based out of resorts throughout B.C. The rest of the year, he calls Los Angeles home.

“Basically, I wanted to create a series for skiers and boarders without any bias and it evolved into a program that would really take a look at the lives of everyday riders and why they really do love to be in the mountains,” Jaycox explained.

While there are professional riders featured, they talk to lots of other people on the hill, as well.

“Those people really do have a story to tell, and I’m the type of guy to sit on a chairlift and listen to the story of someone who’s been on the hill since the ’70s and enjoy it, so that was kind of the inspiration behind that element of Slopestyle,” Jaycox explained.

“One profile we have is with a guy who is in his late 70s who wrote his doctorate on skiing, so it’s about personality and it’s about people as much as it is about ability,” he said.

Jaycox is quick to point out that they do feature some amazingly talented riders on the program, as well, including a segment that focuses on finding and promoting new talent in the sport.

“We have pro skiing and snowboarding instruction every episode, we feature four tips, so for example, T.J. Schiller laying down how to throw rodeo 720s,” Jaycox explained. There is a lot of park and free riding instruction, as well.

This is actually the second season for Slopestyle — this time around, they’re offering more instructional tips and tricks.

“We took the basic model from first season and... just kind of tweaked it subtly — tightened up the segments, added a few more tips and a few more up and coming riders, a lot of which are from Whistler,” Jaycox said.

They actually spent 13 days shooting on Whistler and Blackcomb in April, so the local vistas, instructors, and riders are featured prominently in the series.

There are a few different aspects to the 13-part show — an educational component, local personalities from the featured mountain communities, and up-and-coming talent during the rider profiles.

“We feature two rider profiles per episode, and we try and include up and coming athletes (in both sports), male and female, varying in ages,” he said.

They’ve also started to shoot more athletes who are trying for the 2010 Winter Olympics, as well.

The premiere of season two of Slopestyle aired on The Score last Saturday, Nov. 29.You can catch the other 12 episodes at 11 a.m. and 1 p.m. each Saturday, or check their website, www.slopestyleonline.com , for additional segments, instructional videos, and profiles.