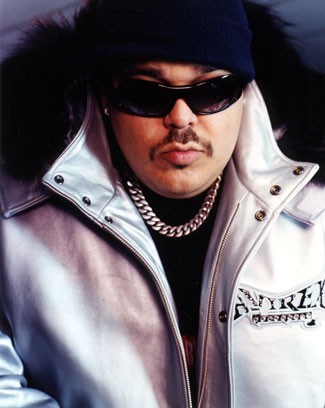 House music superstar DJ Sneak takes to the decks at Tommy Africa’s on Thursday, kicking off the club’s Sessions 05.06 series, which is bringing in top turntable talent over the upcoming winter season.

Sneak (born Carlos Sosa) is considered an innovator of the funky disco-house sound, which he honed in Chicago after his family relocated there from Puerto Rico in 1983, when he was 13 years old.

All Music Guide’s John Bush attributes Sneak’s affinity for instrumental and electronic music to his limited ability to speak English following the move. In any case, the youngster took to the turntables in the mid-1980s, combining the funky Latino beats of his heritage with the progressive Chicago sound.

The DJ would break out in the 1990s, establishing his place in what Bush calls the "second wave of influential Chicago house producers and a member of the vanguard of late ’90s American house producers," collaborating with fellow Chicago house music luminary Derrick Carter on breakout track U Can’t Hide From Your Bud in 1997.

Since conquering America, the hulking "disco-filter innovator" has gone on to conquer the world.

"If you haven’t heard of DJ Sneak… then you must have been living on Mars for the last 10 years," wrote BBC Lancashire clubbing correspondent Chris Hunter , lauding the artist’s "jackin’ beats, dirty bass… and luscious love songs."

The house-master will take to the turntables at Tommy Africa’s on Thursday evening, the first in the Sessions 05.06 series that includes the return of Krafty Kuts with A-Skillz, frequent Whistler visitor Roger Sanchez and Italian turntable stallion Benny Benassi.

For more information go to www.tommyafricas.com.