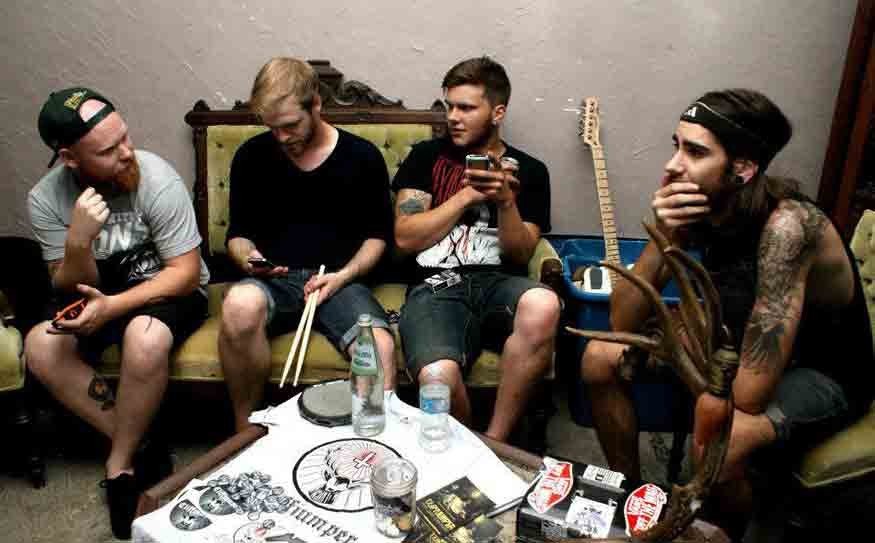 How do you pack six bands into one night?

You get them to play really fast, explains Jamie Weatherbie, organizer of the annual SnowSlam concert. "Instead of a few bands playing longer sets, we have (lots of) bands play 20 to 25 minute sets and have quick change overs," he says. "By the time a band gets on and makes a big impression, it's time to get off the stage. People are getting exposed to a lot of music in one night."

This year, the event's fourth installment is taking place on Feb. 2 at Merlins at 8:30 p.m. Headliners are the temporarily reunited Choke, which was a major coup for Weatherbie.

"This is their only stop on the tour that's not a big city," he says. "They're one of Canada's most well-liked and respected bands."

The last time the band played Whistler was closing night at The Boot, a now-defunct bar that hosted weekly punk nights. "The music scene in Whistler has changed, so hopefully we can meet their expectations," he adds.

With a blink-or-you'll-miss-it lineup he also encourages people to show up early for the other bands on the roster. There's Precursor, an emerging Vancouver band with a super-star lineup that features members of Daggermouth and The Fullblast; Weatherbie's own band, Slush, which has been a staple in Whistler's punk scene for the last 15 years; skate punks Raised by Apes, the high-energy rockers in Vancouver act Shockload and a new Langely group called Cliffjumper.

Tickets are $18 at Merlins or online at ticketzone.com.

Business and mountain adventure collide in Take That Leap
Jul 12, 2020 10:00 AM
Comments
We welcome your feedback and encourage you to share your thoughts. We ask that you be respectful of others and their points of view, refrain from personal attacks and stay on topic. To learn about our commenting policies and how we moderate, please read our Community Guidelines.