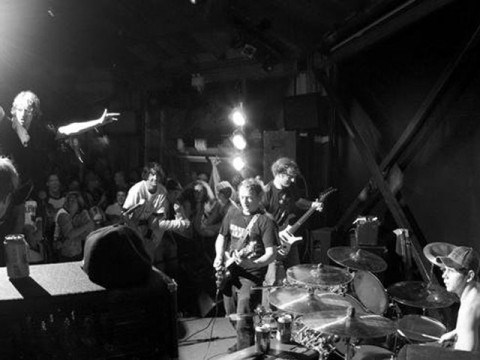 There was a punk scene here once but it dwindled and died. It's a sad story but true, and in the lull that followed its demise, Whistler was left with a gaping void that needed to be filled. Only rapid tempos and hyper aggression would do.

Enter Jamie Weatherbie, member of local punk mainstays Slush and founder of the Snowslam festival, which is held one night a year and basically tears up Whistler for the evening.

This year will feature seven bands and only four hours of show time, which means quick sets and a fast rotation.

Vancouver's Carpenter will headline along with Slush. Other bands to play include Raised by Apes, Cambridge, Impeders of Progress, No Other Way and openers Blacked Out.

"I want to structure this around all the bands that are playing," says Weatherbie.

"Most people that are going to the show will probably have a good idea of every band. Carpenter is headlining because they're the more successful of the bands... They're on an independent label while the other bands are just fully independent," Weatherbie says.

Weatherbie has been unable to find the same weekend to throw the event because he's found it too difficult to coordinate bands to play on a night where there are no other concerts happening. The point is to make it as big as possible and as fun as possible.

"The whole thing is about getting the B.C. bands together for a good night," he says. "We try and get in the bigger bands that we can but it's also tough when you have that many bands to pay but you want to keep ticket sales reasonable."

The members of Slush moved out to Whistler in 1998 and have been rocking the punk scene since there was a scene to be rocking. They've released 10 albums, all the music of which they have given away for free. They nailed the coffin on the punk scene in 2006 when they played the final show at the Boot Pub.

Weatherbie laments the remnants of the punk scene but says that in some ways, the amount of shows Whistler has now gets people more excited.

"When the Boot had the punk night and it was every Sunday, it got to the point where you'd get two hundred people and on some night you'd get two people," he says.

"Now when we're having punk shows once every two months the turnouts are great."

Snowslam 1 and 2 have been successful events, well received by the audience at large. There's been a craving for more shows of this type with the scene now dead and gone, and it's been up to someone else to try to hoist the punk flag. Weatherbie says he isn't all that keen on hoisting it himself.

"I have too many other things to do to be putting on concerts every week so I put on three or four concerts a year, make them as big as I can so everyone coming in and playing is amazing, versus people coming to a show every week...and getting turned off," he says.