Name: Tessa Amy Hometown: Bunbury, Western Australia Pique: When did you first get to the Sea to Sky region, and what brought you here? Tessa Amy: 2000. My then Canadian boyfriend, now hubby, got a job on Whistler Mountain.
Dec 5, 2008 7:27 AM By: Pique Newsmagazine Staff 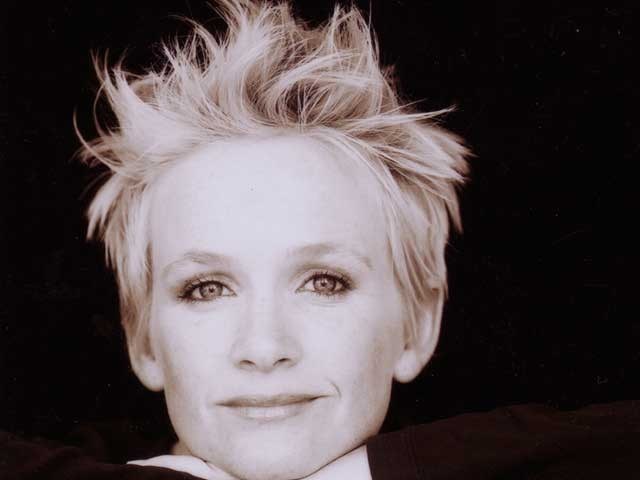 Pique: When did you first get to the Sea to Sky region, and what brought you here?

Tessa Amy: 2000. My then Canadian boyfriend, now hubby, got a job on Whistler Mountain.

Pique: I understand you have quite a background in theatre and dance. How did that lead into a musical career?

T.A.: I come from a musical family. We were always involved in children’s choirs and theatre groups. Upon graduating from high school I began to work professionally in dance and musical theatre, then one day I decided I needed to travel. So, with my guitar strapped to my back, I ventured off on a five-year exploration. It was during this time that I began to write my own music — something I had never thought I could do.

Pique: How do you describe your sound?

T.A.: Electro/Pop. It’s like a cross between the French/Scando electro sound and a catchy, quirky, but variable, pop.

Pique: So, your sound has evolved from “young acoustic folk/pop” to more of an electro pop sound. How did that happen?

T.A.: After years of trying to form a reliable band, I endeavoured to take matters into my own hands. Hence, I now do all my composing on two music programs, Cubase and Reason. Reason is basically a bunch of synthesizers and sequencers and enables you to emulate almost any instrument you could dream of… all by playing it on your keyboard. Add a few drum beats and the “folk” sound had evaporated… But not into thin air; it does still raise its head.

Pique: You used to only use guitar along with your voice, correct? Now, what instruments have you incorporated into your music?

T.A.: Correct. Now I use whichever seems to come first in the writing process — often a synthesizer riff or drum sequence. My voice is still my main instrument, but now my instrumental options are limitless. Having said that, live performance is different. I can usually switch between my computer, keyboard, guitar, trumpet and vocals. Preferably, I would have a keyboard player and live drummer on stage with me. This adds to the energy and fluidity of the show and allows me to perform rather than be three places at one time.

Pique: When you aren’t on stage, where can people find you just hanging out?

T.A.: In the little room in my house, composing or editing — or being Ms. Administrator. Seriously, it seems any spare minute these days I am in this room… Oh, the exciting life.

Pique: You’re quite the traveller, as well. How do your travels inspire or influence your musical endeavours?

T.A.: I used to be. (How did you know that?) These feet haven’t strayed far from Canadian or Australian soils lately. Travel can really put your life into perspective. It also makes you realize just how much of a world is out there. Writing with my guitar lends itself to story telling and experiences, which most of them came when I was traveling. Now it helps me to write what I feel like at that time. Although this style of music isn’t huge in North America, or even Australia, through travel I know North America isn’t the be all and end all of the music world.

Pique: Over the years, you’ve had the chance to open for some pretty major performers (particularly well-known in Australia) like the John Butler Trio and Xavier Rudd. What were those experiences like?

T.A.: It’s always great to have a seasoned audience who are there to hear a particular style of music (especially if your sound is in a similar genre, as it was then). The exposure is fantastic, and the experience inspiring. These boys are such hard working musicians, they truly show you how it is done.

Pique: You also had a chance to perform at Pemberton Festival. What was it like to play such a huge event?

T.A.: Fantastic. It was one of the first times I had my whole electronic gig dialed, so it was nerve-wracking, but phenomenal. I had a guy I work with, who is a keyboard player, perform with me and the response was so positive!

Pique: Hit shuffle on your iPod — what are the first three songs you come across?

T.A.: “S.O.S.” Not my favorite song, but it seems to be nearly everyone else’s. Audience response is everything for a live performance. My favorite is an a cappella number I wrote called “Drowning.” It’s just me and my voice, so it really has to speak for itself.

Pique: What’s your favourite local venue, and why?

T.A.: GLC. They seem to get great music, it is a smaller venue and has great sound. Also it is also nice to be up above the ground rather than below. Fresh air is a nice feature.

Pique: What’s been the most memorable performance of your career?

T.A.: South Korea, Bugok Hawaii. Memorable in so many ways… Most not for print.

Pique: What musician (alive or dead) would you like to jam with?

T.A.: It would be a toss up between the boys from Groove Armada and Royksopp. All four are talented instrumentalist and fantastic composers.

Pique: Any big projects, or upcoming performances, on the horizon?

T.A.: Some in the pipeline but nothing finalized as yet.

T.A.: To sample my music, buy an EP or find out any other tidbits of info, go to www.tessaamy.com or www.myspace.com/tessaamy .