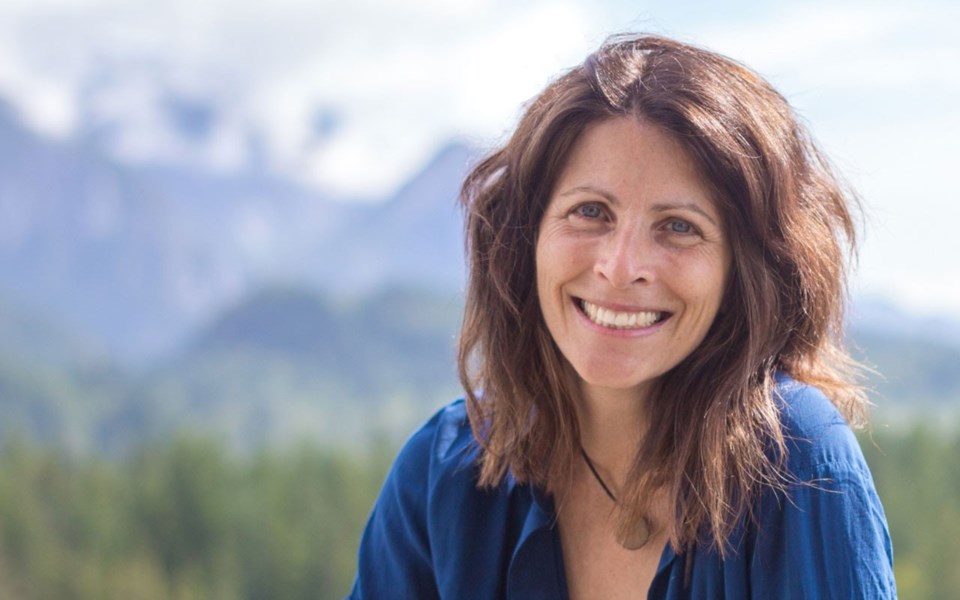 Her debut book, End of the Rope: Mountains, Marriage, and Motherhood, is not a memoir recounting extreme climbing exploits. "I do know a lot of extreme climbers," Redford says. "My friends climb Everest and in the Himalayas. Some of my friends are the first female guides in Canada. I'm not one of them. I've had an adventurous life, but I don't want the focus (of the book) to be on the climbing because the focus should be on getting through fear, which is universal."

While the Squamish resident has long been a climber, biker and mountain enthusiast, Redford's book focuses on the ways she has reinvented her life—after her boyfriend dies in a climbing accident, when she extricates herself from a difficult marriage to his best friend, and as she finally achieves a lifelong goal of obtaining a post-secondary education.

"(I hope readers take away) a feeling of hope—never giving up on your dreams," she says. "I think just pure, dogged, relentless determination and persistence can get you far in life. You can have a dream for years and years and it might not come true for 10 or 12 years, but if you keep your eyes on that dream—there's a lot to be said about being stubborn."

That lesson applies to having her first book published—by Penguin Random House, set for release on April 17—too. "It took a long time to get here and they rejected (the book) initially," Redford says. "I resubmitted three years later and they accepted it. When they rejected it I had been working on it for God knows how long. It's a blur now. I didn't know how to take it further on my own."

As Redford chronicles in her book, she eventually went to university, while balancing the duties of motherhood, and became a teacher. But, more recently, she earned a master's in creative writing from the University of British Columbia and became a graduate of The Writer's Studio at Simon Fraser University. "I made it my thesis (at UBC)," she says. "It helped having those two years off doing classes and having a thesis advisor."

While she had had several short stories and personal essays published in places like the Globe and Mail, Mountain Life, and the National Post, it was a challenge to delve deeply into her own life. "I started writing short stories," she says. "I wanted them to be outdoor adventure stories of my screw-ups in the mountains. Make them funny, make people laugh, don't make them too deep. The more I wrote, the more I realized I had to get to more of the tougher stuff and it wasn't so funny anymore. I had to write more introspection in there."

That included writing about her relationship with her parents and, most challengingly, about her ex-husband. "That was the hardest to write about," Redford says. "That's partly why I wanted the gatekeeper (of a major publisher). I wanted to make sure it wouldn't be too harmful to him. It's a hard thing for me to put out there, but he's the last person I would've asked permission of. The whole point of the memoir was not needing male permission anymore in my life ... He knows very well it's coming out. To be honest, it's going to be hard on him and hard on me because it's hard on him. I care deeply about him and he's the father of my children."

Still, Redford says she felt a deep commitment to telling her story in a meaningful way. "We wouldn't have memoirs if you couldn't write about something uncomfortable," she says. "Nobody would get anything from it."

Redford will be one of four memoirists taking part in the Whistler Writing Society's Spring Reading Event called Outdoor Endurance & Survival on Friday, April 13. The show is at 7:30 p.m. at the Squamish Lil'wat Cultural Centre. Tickets are $22 at whistlerwritersfest.com.

She will also take part in various readings around the Sea to Sky corridor over the next two months. For more visit janredford.com.