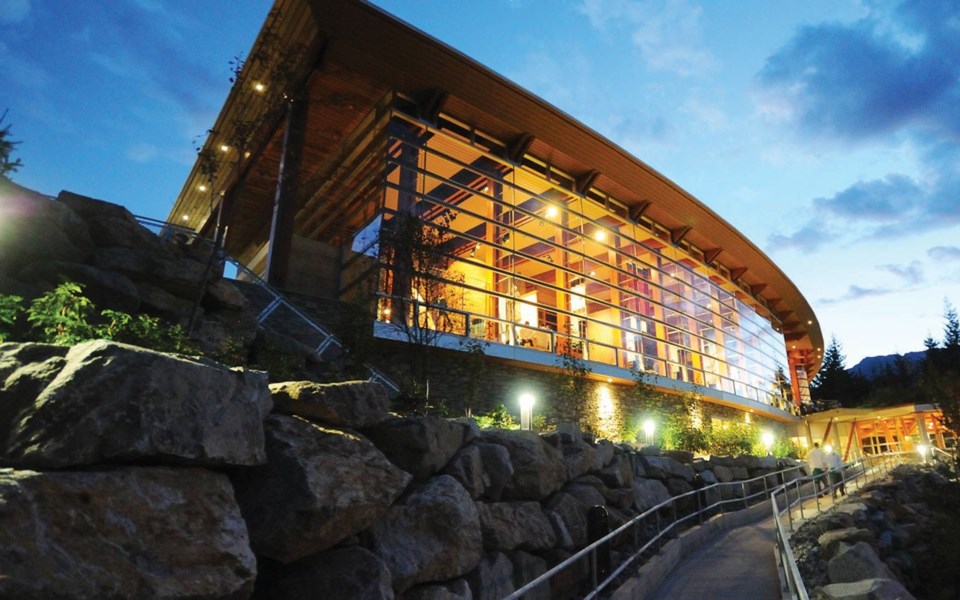 Last week, Ottawa announced it would be providing $37,500 to Whistler's First Nations museum to make upgrades to its theatre.

The investment allows for the Squamish Lil'wat Cultural Centre (SLCC) to purchase a new multimedia projector and related equipment, which "will help further collaboration between the SLCC and its partners, while ensuring high-quality film production and supporting reconciliation between Indigenous and non-Indigenous people," according to a release.

The improvements will allow the SLCC to continue working with local filmmakers, presenters and the Whistler Film Festival to showcase media arts, including screenings of the festival's Aboriginal Filmmaker Fellowship films. It will also enable the museum to produce a new, slicker introductory film welcoming guests to the facility. "Thank you for supporting the continuation and growth of Whistler's First Nations Museum," said SLCC executive director Brady Smith in the release.

#Trees4BC campaign drew $24K for those impacted by wildfires this summer

The final numbers are in, and Whistlerites opened their wallets wide for this summer's #Trees4BC campaign to help those affected by the most devastating wildfire season in B.C. history.

This July, the Whistler Tattoo Company opened its doors to anyone wishing to get a small tree tattoo, with the proceeds going to the Red Cross. The studio also partnered with Black Ohm Tattoos in Function Junction, Black Swan Tattoo in Gibsons, and the Liquid Amber Tatoo & Art Collective in Vancouver for the fundraiser.

"It completely blew my mind, to be honest. It's not what I expected and I'm so grateful that the community responded in that way," said Whistler Tattoo Company owner Kelsey Bareham. "I feel like it was something that really resonated because everyone in the community knows somebody impacted by the wildfires."

The tattoos grew so popular that Bareham had to officially cut off the fundraiser — although the studio still managed to sneak some tree pieces in "under our hats," she said.

"I'm stoked that so many people came out to support this, but we had to put the brakes on it eventually because otherwise we probably would have gone out of business," added Bareham with a laugh.

A new film shot throughout the Sea to Sky took home the award for Best Documentary Short at this month's imagineNATIVE Film and Media Arts Festival in Toronto.

Directed by Indigenous filmmaker Asian Youngman, Lelum' takes the audience on a journey through different British Columbian landscapes through an Indigenous lens. The stunning visuals, shot through aerial perspectives, were combined with narration from Indigenous youth, who explained the role we all share as custodians of the land.

The film was shot in multiple locations throughout the province, including in Mount Currie, Whistler, Squamish and Vancouver.

The festival jury called Youngman's film "ambitious and visually-arresting," reminding us that "by respecting, loving and caring for the land, we also respect, love and care for ourselves."

The 19th annual imagineNATIVE festival will return in October 2018.