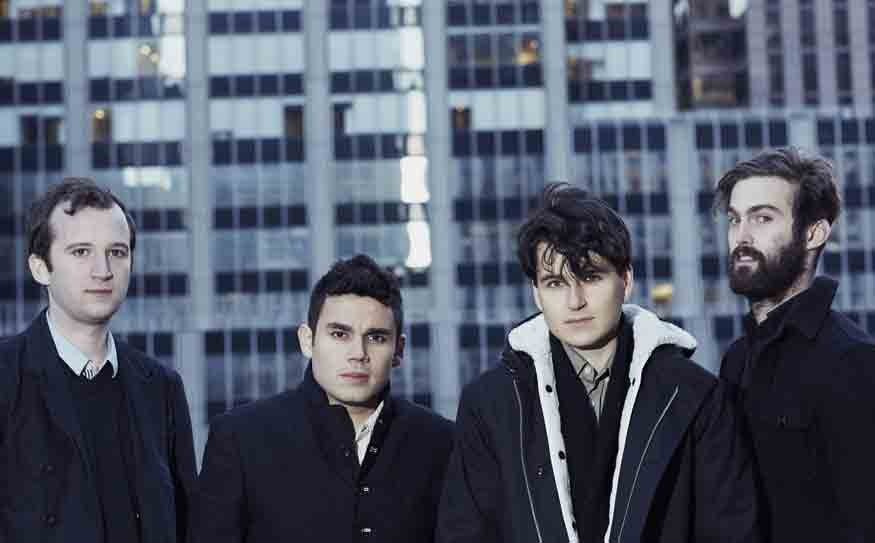 Festival headliners Brooklyn indie rockers Vampire Weekend are one of the acts that will headline the Squamish Valley Music Festival this year. Photo submitted

Squamish Valley Music Festival organizers announced the bulk of their eclectic lineup for the August festival at a concert launch party last week.

With headliners ranging from rock mainstays Queens of the Stone Age to indie stalwarts Vampire Weekend to chart-topping hip hop act Macklemore and Ryan Lewis, Erik Hoffman, VP of talent for Live Nation, says there's something on the roster for everyone.

"A whole idea of a festival is it should educate you," Hoffman says. "If I think back to what Lollapalooza did in its early form as a touring show, you'd go there as a fan of the Beastie Boys and you'd learn about George Clinton. You'd learn about Nick Cave. People come to (the festival) as, 'I'm going to see something I want to see.' But hopefully people go check out side stages and earlier slots."

Of the four stages, one will also be dedicated to B.C. bands. Though the exact roster for that stage hasn't been announced, local bands include Whistler duo Ruckus Deluxe, as well as Vancouver acts Dan Mangan, Said the Whale, Yukon Blonde and Diamond Rings. The latter two played the launch concert at Vancouver's Commodore Ballroom last Friday.

"It's not something that is going to blast out on a poster because, in a weird way, I don't want to pigeonhole them like that, but there's a stage for that. There's so many great bands from this province," Hoffman adds.

While the majority of the lineup was announced in time for earlybird ticket sales — which went on sale Monday — there will be a few additions revealed later on. "We're going to announce a few more," Hoffman says. "We're debating on how we're going to let people know and it depends on a few variables. There's a couple right now that are confirmed."

Organizers made two major changes to the festival this year, the first in name — ditching Live at Squamish — and the second, pushing the weekend to earlier in August.

That move helped organizers score major acts that might otherwise be playing big U.K. festivals on the Aug. 23 weekend. "We found out that there are conflicts with other festivals in the world as you're growing your own festival," Hoffman says. "We felt like towards the end of August, the weekend we were on was the Reading and Leeds Festival weekends in the U.K., so that was a bad idea. We moved to earlier in August... We're thinking that was a good move."

The bands themselves are also quickly learning about the intimate, picturesque festival. "A lot of bands are like, 'Where are we going to spend our time in the summer?' Many of them are knowledgeable about the festival and there's a handful of them for sure who are like, 'We want to play that,'" Hoffman says. "Then there are a bunch that are like, 'OK, I'm going to play a beautiful festival in the mountains in B.C. Yes, let's do that over Toledo."

Tickets for the festival are on sale now. For more information visit squamishfestival.com.