Terra Lightfoot heads back to Whistler 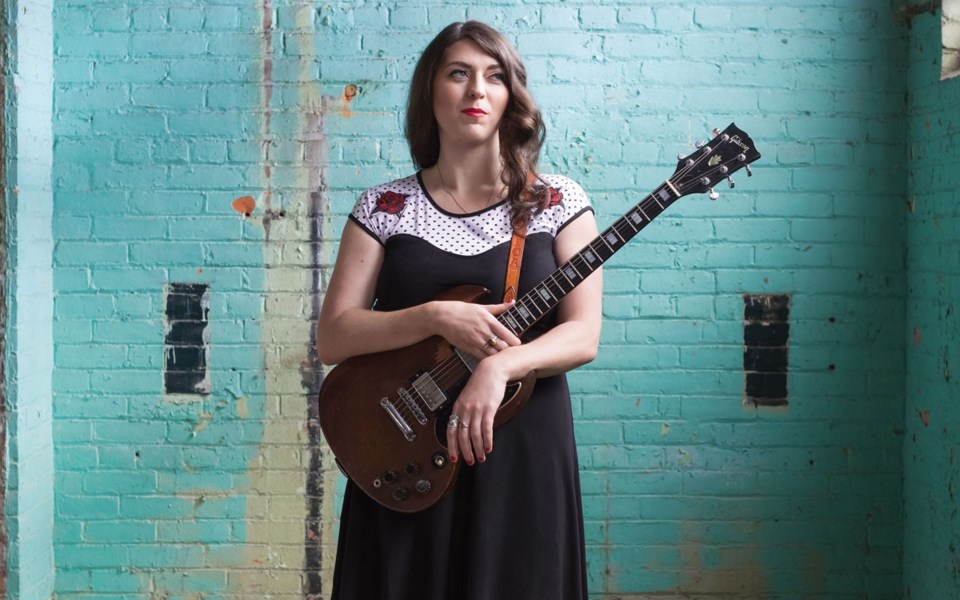 "Just one sec, sorry," Terra Lightfoot says over the phone, in the middle of our interview.

"Hey, when they finish this take you can just tell them to take a break?" I hear her ask faintly, before picking the phone back up.

"Sorry," she says again. "We're so close to getting a track done."

Pique caught up with Lightfoot in between takes while producing a record for fellow artist Kristi Lane Sinclair in Oshweken, a village on the Six Nations of the Grand River First Nation reserve in Ontario, with a team of all-women musicians.

Producing is one way Lightfoot—a Hamilton, Ont. musician known for her big voice and impressive guitar skills that deliver soulful ballads, bluesy, hard-charging rock and everything in between with ease—is filling up her days during a brief stretch in between tours.

After a busy summer on the road, culminating with a series of dates opening for Toad the Wet Sprocket throughout the U.S., the songwriter, guitarist and vocalist is gearing up for a 10-date tour through Western Canada, beginning on Wednesday in Winnipeg.

With Toad the Wet Sprocket, "We were playing these crazy rock shows; it's just been so much fun this summer so I'm really excited to bring it back home," she says.

Whistler music fans might remember Lightfoot's last performance in Olympic Plaza as part of the 2018 Whistler Presents: Summer Concert Series. This time around, she's taking her show indoors to the Maury Young Arts Centre on Monday, Nov. 4, and coming armed with a swath of new material she's been working on since her last record, New Mistakes, was released in 2017.

"We love all shows, that's the truth. I wouldn't be doing this if I didn't love to play every size of show. But I think it's cooler for me to be able to bring it down a little bit, sometimes," she says. "I'm testing out all new songs on this tour, so I'm going to be doing some super quiet, you know, songwriter songs. That'll be super nice in the small room vibe, I think."

After spending the better part of two years writing, "I haven't had a chance to play any of these songs live, so I'm really excited to do new arrangements," Lightfoot says.

"And seeing everyone's face, you know, questioning whether they're good. Or whether people are vibing with them, so I'm excited for that," she added with a laugh.

As far as Lightfoot's concerned, this new, yet-to-be-released material is her best work yet. "I've written better lyrics than I ever have, I think. I'm just at a new stage in my artistic career. I'm growing, like everybody does, and I'm really proud of it, too. That's kind of a new thing for me; I've always been really unsure as an artist but now I'm starting to feel more certain of my songs and myself and my work and all of those things—my career choice."

Whistler audiences in particular might be able to relate to Lightfoot's inspiration behind this new work: the places she's travelled in a van.

She recalls one tour, opening for the Posies last year shortly after returning from a stretch of solo shows in Australia. "Just everything we saw—we went to New Orleans, spent some time obviously in California, in the desert, it was just so inspiring so all of that made it on to these new songs," Lightfoot says.

"There's definitely a travel vibe. Driving in the van, that's what you hear. But that's always what I'm writing, I suppose."

Tickets are $15 and available at showpass.com/terra-lightfoot-whistler/.

Live from the Maury Young Arts Centre
Jul 31, 2020 12:00 PM
Comments
We welcome your feedback and encourage you to share your thoughts. We ask that you be respectful of others and their points of view, refrain from personal attacks and stay on topic. To learn about our commenting policies and how we moderate, please read our Community Guidelines.