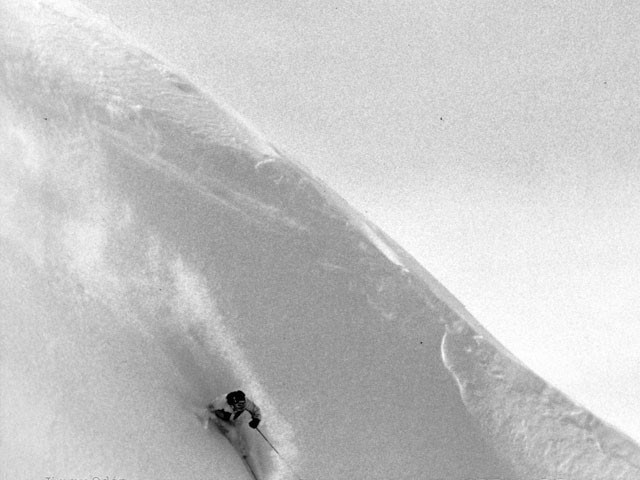 Book Review: Free Skiing: How to Adapt to the Mountain by Jimmy Oden. Published by Choucas Forlag, Stockholm, 2005, 353 pages.

Book Review: Free Skiing: How to Adapt to the Mountain

Let’s start by dispelling what may be a North American misperception: Jimmy Odén’s book has absolutely nothing to do with what’s come to be called free skiing. No parks, no pipes, no cliff-huckin’, no droppants bro scene.

Free Skiing is about freeing yourself from the whir and grind of ski lifts and skiing into the mountains, not just down them. It’s about skiing into the backcountry, ski mountaineering to some extent, but most of all, it’s about coming home again… safely.

Anyone who spends much time around ski resorts eventually develops a finely-honed sense of disbelief at the profound lack of appreciation for the natural alpine world so many bring with them to the slopes. Modern ski area management techniques have virtually stripped resorts of natural hazards — save the infrequent collision between skier and rock — and lulled recreational skiers into a soporific belief they are playing in a controlled environment.

But just beyond the boundary ropes, there be, as map makers of old were fond of noting, monsters. The biggest of all the monsters is ignorance. That’s the monster Jimmy Odén has chosen to battle in Free Skiing .

The book’s organized around a logical sequence of things you ought to know before wandering into snowy, mountainous country. Mountain weather, snow and avalanche knowledge, and avalanche hazard evaluation lead the way, playing off Odén’s opening essay on developing what he calls mountain sense, the totality of your knowledge of how to travel safely through mountainous terrain. Subsequent chapters cover safe and efficient avalanche rescue techniques, field first aid, ski mountaineering, travel in glacial terrain and a primer on ski touring.

In 1960, an organization called The Mountaineers, out of Seattle, wrote Mountaineering: The Freedom of the Hills . The book’s timing was serendipitous — or perhaps it was the spark that gave rise to the boom in mountaineering in the following decades — but now in its 7 th edition, Freedom of the Hills provided more people with more basic understanding of how to climb and come back alive than any publication before or since. With the rapidly increasing interest in backcountry skiing and ski touring, Free Skiing may play the same role.

With lots of photos, simple illustrations and critical information highlighted in yellow, Free Skiing’s only real drawback is Odén's staid language. Brief anecdotes that introduce each chapter are engaging and insightful. But the main body of text is, well, textbook. But staid is okay if it saves your butt, and heeding Odén’s teaching will go a long way to bringing that important piece of equipment back in one piece.