The 12 Books of Christmas

The snow shovels and boots have been unearthed from the garage, staff parties are being booked, and yes, those are Christmas decorations on display at each and every big box store.
Dec 11, 2009 7:33 AM By: Pique Newsmagazine Staff 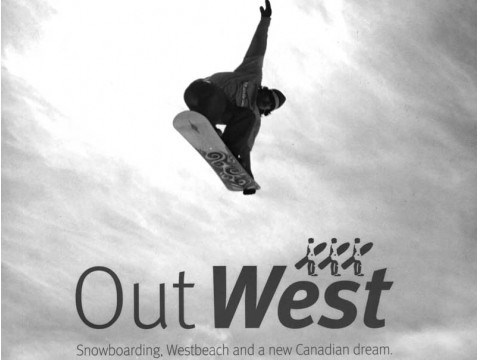 The snow shovels and boots have been unearthed from the garage, staff parties are being booked, and yes, those are Christmas decorations on display at each and every big box store. Believe it or not, the holiday season is already upon us (or at the very least, bearing down like a freight train). This year, rather than revert to the standard, safe go-to gift certificates for folks on your shopping list, we recommend buying a book. Yes that's right, remember those relics? They can make very thoughtful and relatively inexpensive gifts for just about anyone. This year, we've compiled a list of 12 recent literary releases from local writers that will entertain and intrigue kids, adventurers, aspiring chefs, sports enthusiasts and amateur historians. Happy reading!

In just two months' time, the Dave Murray Downhill at Creekside will be ground zero for the best alpine skiers from around the world as they go for gold right here in Whistler. But lest we forget who that run is named for, pick up a copy of Janet Love Morrison's The Crazy Canucks: Canada's Legendary Ski Team.

Late last year, Morrison released this beautiful book, which details the journey that Canada's beloved Crazy Canucks - Dave Irwin, Dave Murray, Ken Read and Steve Podborski - took in Europe during the '70s, carving out a name and a niche for Canadian ski racers on the World Cup ski racing circuit.

Against all odds, the four determined racers took the world downhill scene by storm over 30 years ago, catching a ride with the Canadian Air Force, traveling in a beat-up VW van, and competing with inferior equipment to show the world that they, too, were capable of greatness.

And while their story is a very interesting and important part of Canada's sport history, Morrison's book also tells a universal story of the ability of the human spirit to conquer all and achieve even the most far-fetched dreams, which makes The Crazy Canucks a great read for even a non-skier.

"Two passengers sat huddled silently in winter coats, sweatshirts, sweat pants and running shoes on a hard bench seat bolted to the floor behind the driver. Packed suitcases and duffle bags provided some insulation against the cold; a passenger in the back rearranged a couple of bags and extended his legs. He knew that in a half an hour, he'd be shifting the bags back so his legs wouldn't fall asleep. The hours were torturous and painful, but this was a genesis. These men had a mission."

On top of Morrison's vivid narrative, the book also contains a wealth of brilliant photos that the author collected from a myriad of sources - Canadian Press , the Canadian Ski Museum, Ski Racing Magazine , and even the racers' personal collections - to paint a vivid picture of the Crazy Canucks' incredible journey. This is the perfect read to inspire everyone to go for gold.

Out West: Snowboarding, Westbeach and a new Canadian Dream

Ever spend a day in the lift lines surrounded by a seemingly never-ending sea of neon and find yourself fighting off the urge to tell that snot-nosed punk about the days when snowboarding wasn't about making money and getting sponsored, it was about having fun? Well, then it may be time to let those whippersnappers know where the sport really came from.

Enter Dano Pendygrasse's, Out West: Snowboarding, Westbeach and a new Canadian Dream, a book that heralds back to the '80s and the birth of the sport and culture of snowboarding.

A Westbeach project, it tells the story of Dennis "Chip" Wilson's original Westbeach Surf Company, of course, but it doesn't stop there. On top of the Westbeach brand and company, Pendygrasse delves into an exploration of the people who were drawn to the sport when it was in its infancy, and the road bumps encountered along the way.

"This book is a look at people who, for some part of their lives, loved snowboarding more than anything else."

It's filled with loads of colourful, hilarious (and, lets face it, slightly embarrassing) images dug out of the Westbeach archives, including original T-shirt designs, a photo of John Kami's homemade board from the early '80s, and of course, the fashion of the day (think fanny packs and those nifty snap-on bracelets).

"Snowboarding copied all the patterns and neon colours from skate and surf culture, but since we had a whole body to cover, as opposed to just needing a pair of shorts, we had more neon per square inch than our concrete- and wave-riding siblings. We were brand-new, too, having just been given the key to the mountain, and we all had something to prove, so we didn't really whisper - we shouted 'Neon!' at the top of our lungs."

Pendygrasse has done a fantastic job of marrying his personal narrative with insightful interviews, historical data, photographs, archival images and artifacts from the era, making this a fun and interesting read for even the gnarliest of new school shredders. And if nothing else, the pictures will have you howling.