The beauty and tragedy

Juno-Award winner Susan Aglukark of the Inuit Nation sings the stories of her people and other Aboriginal cultures
Nov 16, 2007 8:00 AM By: Nicole Fitzgerald 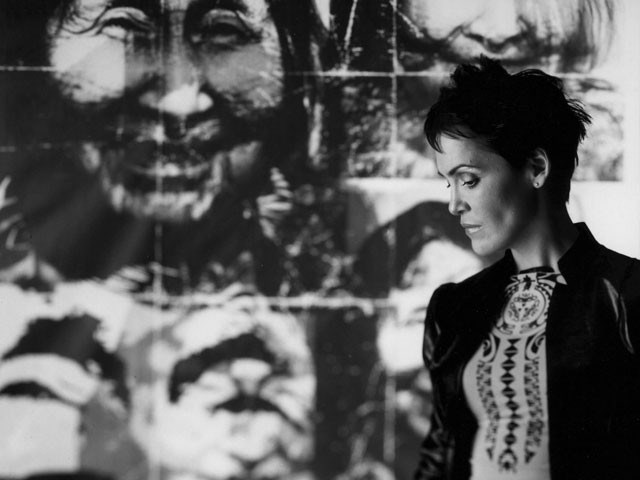 The Many Faces of the Inuit Inuit singer/songwriter Susan Aglukark tours new album Blood Red Earth , which explores the challenges Aboriginal People face as well as the successes of their culture.

Members of the Lil’wat Nation will welcome singer/songwriter Susan Aglukark to the stage on Saturday, Nov. 17 at 8 p.m. at MY Millennium Place.

Aglukark gives voice to many of the everyman/everywoman stories Aboriginal Peoples in Canada face: First Nations, Metis and Inuit alike.

“I address very personal issues in my songs: abuse and suicide. I’ve done it from the very beginning of my songwriting,” said the Inuit singer. “In aboriginal communities, these are political hot potatoes… As aboriginal artists, it is very difficult not to become involved in the politics of it.”

Living amongst a community weighed down in poverty and addiction, Aglukark rose above the challenges, creating a union between the political and poetical, which has resulted in numerous accolades for the Order of Canada recipient who was honoured for her contribution both as a musician, workshop facilitator and mentor in aboriginal communities.

“My workshops are called the Healing Season,” she said. “It’s about the reawakening of the dreamer in each aboriginal child… Young people are going into everyday living not noticing that their self-confidence is dying along the way. I want to see that self esteem reclaimed.”

When she moved away from her home of 1,300 people in Arviat, North West Territories, the self-professed non-singer began working for the Inuit Tapirisat of Canada, a political lobby group. Shortly afterwards, a call from the CBC asking the Pentecostal minister’s daughter if she could sing, led her to patching together a six-song cassette tape and later garnering the attention of EMI.

In addition to three Juno Awards, Aglukark has also received the first-ever Aboriginal Achievement Awards in Arts and Entertainment as well as Best Female Artist at the 2007 Native American Music Awards. She has performed twice for Queen Elizabeth, has been listed as one of Canada’s 100 Leaders to Watch For by Maclean ’s magazine and performed on CBC, MuchMusic and The Rita MacNeil Show.

But her biggest reward these days is her independently produced new album she is currently touring, called Blood Red Earth .

The former EMI recording artist decided to go back to the roots of her indie days when she produced her award-winning debut album Arctic Rose . Four EMI albums followed : Christmas, This Child, Unsung Heroes and Big Feeling.

“I decided to do one on my own,” she said of Blood Red Earth . “When you have massive backing and an incredible support system, it gives your music a glamour feel. As an indie artist, you are doing all the legwork. You put more into it. It’s yours. I wanted to get back (to my beginnings) and do my own thing and do it for me… And it feels good.”

The track Circle of Old from Blood Red Earth brings attention to a long-standing problem in aboriginal communities, the impact of residential schools, still a very real struggle for survivors.

The last federally run residential school was closed in Saskatchewan in 1996.

“As much as I heard and to a small degree, saw the impact residential schools had on the community, I didn’t really understand it until I met a 60-something-year-old woman whose memories were still very strong and her fears still very real and present.”

Other Blood Red Earth songs celebrate aboriginal values and culture, including their ties to nature sung in the ode to Mother Earth, Blood Red Earth.

“Mother Earth is the ultimate warrior despite everything we put her through,” she said. “The aboriginal community has always known and respected that.”

Aglukark sings about both the beauty and tragedy of her people, weaving in and out of English, Inuktitut and other aboriginal languages for a spellbinding performance.

Tickets for this Real Canadian show are $32 for adults, $29 for students and seniors, and $17 for children under 12 years old.