The Birdwatcher hits close to home for writer-director team 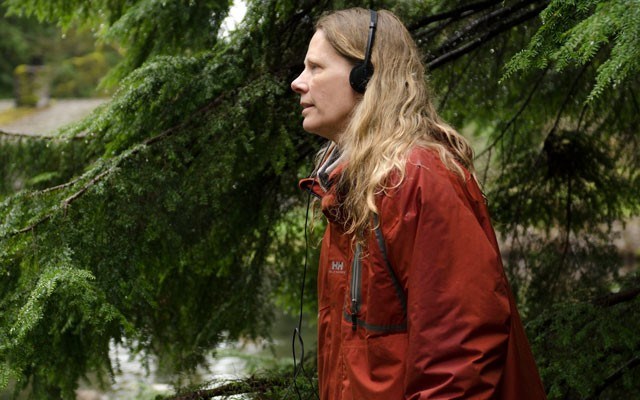 DEVINE RIGHT With a wealth of TV experience under her belt, director Siobhan Devine premieres her debut feature at the Whistler Film Festival on Thursday, Dec. 3. Photo submitted

When the script for The Birdwatcher landed on Siobhan Devine's desk, she knew instantly it was a story she needed to tell. The debut feature for director-producer Devine and writer-producer Roslyn Muir, which premieres at the Whistler Film Festival today, centres around Saffron, a single mom who tries to reconnect with her birth mother after a cancer diagnosis.

"I came across (the script) right after a very good friend of mine had just died of cancer," says Devine. "She was my contemporary and she had a teenager the same age as mine, and it just spoke to me."

Part of the appeal for Devine was the authenticity of the characters, particularly the way Muir managed to breathe life into the film's female roles in an industry prone to typecasting women.

"I really felt like the characters were so real, the women were so real," Devine says. "There are a lot of women who are such good actors who get to play a lot of (stereotypical roles). I think Camille (Sullivan, who plays Saffron) said she gets to play a lot of kidnapped mothers. But these are really great roles for women, for real people."

The story hits especially close to home for Muir, who lost a sister to cancer. It was that personal connection she says spurred the film forward.

"I was able to use my writing to write my way out of grief," says Muir. "To make sense of it in some way."

You could say Devine and Muir's creative partnership began by happenstance; They've run in the same circles for some time, but didn't cement their relationship until a chilly night spent waiting in the snow to pitch their scripts at Vancouver's Crazy 8s filmmaking contest.

"Once you get your number, you're sort of waiting around for hours, so we went out for lunch and got to know each other a bit and we realized we're quite similar, we're both mothers," says Devine. "We were like two middle-aged tweeners."

Like a lot of successful artistic tandems, Devine and Muir manage to fill in the gaps the other can't. Devine is a director with no real compulsion to write, while Muir prefers to stay behind the scenes, penning and producing. Theirs is an "equal partnership in many ways," says Muir.

"I'm so thrilled that I met Siobhan and we just clicked," she adds. "She gets my style and is able to make it her own. We've developed a strong trust and respect for each other. I feel safe with her — after all, I'm handing my babies over to her!"

While both women have experience in television, and their first project together, the short film, OMG, earned them a handful of awards, this is their first foray into feature-length territory.

"It was so insane," Devine says. "It's funny, at one point I said to Roslyn, 'OK, let's just pretend we're making 10 OMGs. Halfway through I realized it was so much more work than that."

The pair was able to counter the naivety that comes with making a first feature with a "maturity and determination" most twenty-something filmmakers just breaking into the industry haven't acquired yet, Muir says.

"We're both in it for the long game and support each other's dreams. I think we're past ego; it's all about honouring the art form," she says.

It's also meant they aren't afraid to take risks their younger selves might have shied away from.

"You know what, there's no tomorrow when you get to be middle-aged," Devine says. "You can't be like, 'OK, I'm going to do that really hard thing next year.' This is it. There's the cliff, let's jump off of it."