The Difference takes readers on a challenging, but worthwhile journey

Author Marina Endicott is set to attend the Whistler Writers Festival on Oct. 16
Sep 27, 2020 9:00 AM By: Farha Guerrero 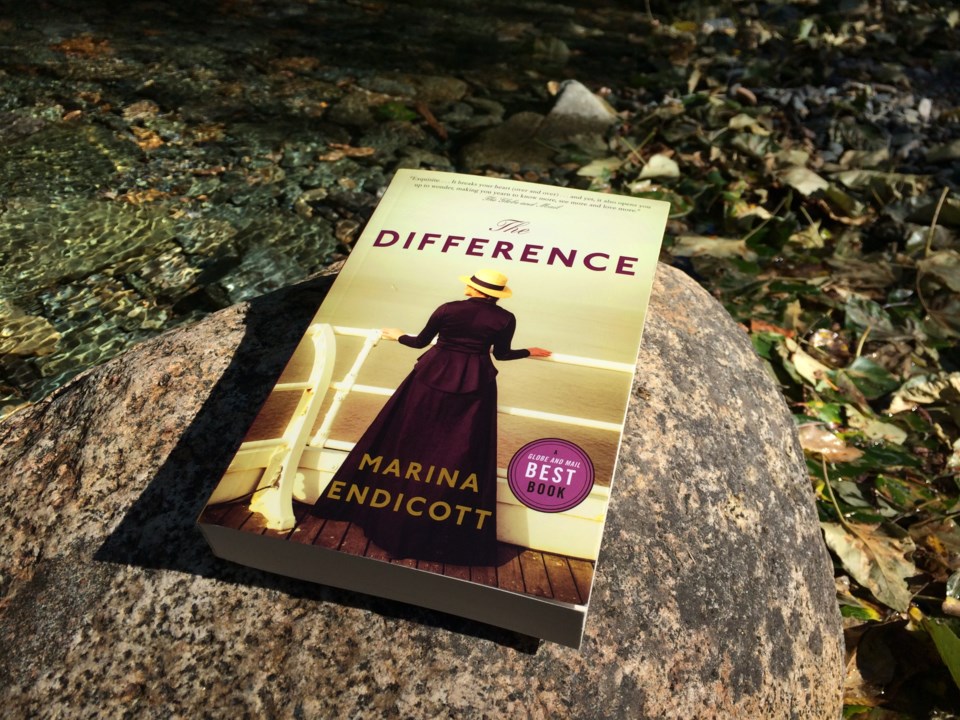 One of the many pleasures of reading is that it allows us to journey to unknown places; and nothing could hold truer in the present moment where we face the uncertainties of global travel amidst a despairing pandemic. Reading is discovering, or as Honoré Balzac put it, “Reading brings us unknown friends.”

In Marina Endicott’s new novel, The Diﬀerence, we are taken on a clipper ship that sails us around the world. A large part of our journey is through the adventurous eyes of Endicott’s heroine, Kay, a 12-year old girl who is invited on the ship with her half-sister Thea and Thea’s new husband Francis. On board Kay sees “the rush of the elements, in the star-jangling wind of the night and the full moon shining ahead.”

The ship, named the Morning Light, leaves Nova Scotia then stops in the Caribbean, winding around Africa and then towards Auckland, Singapore and the South Seas. But the journey is about more than the pleasures of celebrating life on the high seas. It is also about different ways of thinking and ethics of individuals: about life, race, colonialism; about voices heard and unheard; and about the violence, faith and pain that can be reconciled. The novel bridges two distinct time periods, separated by the age of sail and steam and in this light, Endicott’s novel may be read best as historical fiction.

Prior to boarding the ship, Thea and Kay had assisted their father, a principal, in running a residential school for Indigenous children in Alberta. The deaths of many of the children have left Kay with nightmares as she boards the Morning Light with her sister.

Between the 1860s and 1998, 150,000 Indigenous children in Canada were taken away from their families, maltreated, and abused. When the Truth and Reconciliation Commission was founded in 2008 (curiously the same year that Endicott began researching this novel), it began a study that eventually concluded Canada had committed cultural genocide — at least 4,200 children died in its residential schools.

It is this family history, entwined with the tragedy of the school, that Kay and Thea have to confront after their father dies. Both women carry old wounds aboard the ship, only to have them reopen during a missionary trip to an outpost in Tonga, where Thea rescues/purchases a small boy she names Aren, from poor islanders in exchange for a few tins of tobacco. The story was inspired by the real-life story of Endicott’s piano teacher who, just like Kay, witnessed the same purchase; a boy for tobacco. This is a haunting reminder that stories like these are in fact not fiction. They are real.

Kay soon becomes aware that there are things that she can and cannot escape from, and this includes her sense of responsibility to Aren, who Thea and Francis have called their adopted son, and Kay views as her brother. But how will things unfold back in Canada, if Aren returns with them?

Endicott’s themes although difficult, are accessible, and deftly intertwined with life on the seas, in all its alluring, magnificent splendour.

Farha Guerrero is a Whistler local currently working on a manuscript of short fiction through the Humber Writer’s School. She divides her time between writing, learning new languages, exploring the mountains and foraging for wild mushrooms.

Catch Marina Endicott at the Booklovers’ Literary Salon on Friday, Oct. 16 at 4 p.m. as part of the Whistler Writers Festival. For more information or tickets visit festival.whistlerwritersfest.com/.