The future of film in Whistler

Whistler Film Festival Society celebrates 10th year in 2010, pushes ahead with Future in Focus campaign
Jun 11, 2010 7:34 AM By: Holly Fraughton 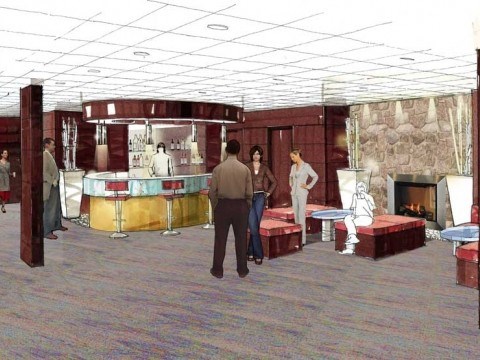 The 10th annual Whistler Film Festival may not be happening for another six months or so, but organizers want it to be on the forefront of everyone's minds right now. And so they're gearing up to host their major annual fundraising event, Soirée Gala & Auction, down in Vancouver at Nu Restaurant + Lounge on Thursday, June 24.

"Basically, it's one of our most important annual fundraising initiatives and we host it in Vancouver because it's a way to connect the entertainment industry in Vancouver with Whistler," explained Shauna Hardy Mishaw, executive director of the Whistler Film Festival Society.

At the gala, they'll be playing host to film industry figures, supporters and patrons. Last year, the event raised over $20,000 and this year, organizers are setting their sights even higher. They're aiming for $50,000 to go towards their Future in Focus campaign, which was launched last June in the hope of increasing the society's impact on filmmakers, the industry and audiences internationally. Through that campaign they are looking to raise $2.5 million to reinvent the Rainbow Theatre, an underused space located under the Whistler Conference Centre, which would, in turn, help Whistler become a top destination for entertainment.

"This is our tenth anniversary... and our vision is for Whistler to be the pre-eminent destination that connects the art and business of film," Hardy Mishaw explained.

"To do that, there's sort of a few propositions: one, is to be home to one of the top film festivals in the world; two, we will have Canada's most digitally-advanced theatre; and three, we'll be an epicenter for advanced training for professionals in screen-based entertainment."

In order to reach their goal of being at the "forefront of the digital impact on film," Hardy Mishaw says a proper venue is a "critical success factor."

The planned renovations would see Whistler's original movie house transformed into a state-of-the-art 300-seat digital theatre that features plush seats, the newest in projection and sound technology, an "ultramodern lounge" and a red carpet entrance. The structure will remain intact, largely, although a few walls would be removed, the lobby area would be enhanced and the theatre would be completely retrofitted.

Since the new facility would also be fully equipped for video-conferencing and digital projection, the new theatre would also be made available for business, conference and community rentals, in turn providing a source of ongoing revenue and sustainability for the WFF and another tourism draw for Whistler.

"The key to success really is public access to the art of film, which we think is one of the most important art forms in the world, especially considering what's happening in terms of the way you can experience content these days. The moving image has become one of our most prolific experiences, really."

She estimates the cost of building a venue like this from scratch would be almost $20 million, so the $2.5 million needed to convert the existing space, which will be leased from Tourism Whistler, is actually "amazing."

"That's where we want to be, we want to be in the heart of Whistler. We want Whistler to be synonymous with film in the same respect that Park City is with Sundance, the same thing that Cannes is with film," Hardy Mishaw said.

Last year, the festival saw a 46 per cent increase in attendance, and they featured 80 films from 11 countries, 80 per cent of which were world, international or North American premieres. And this year organizers are upping the ante (literally and figuratively) by adding student short and international feature film competitions, with the latter carrying a cash prize of $10,000. They're even adding an extra day to the event.

But that doesn't mean they're where they want to be, yet. Hardy Mishaw said they would like to see festival attendance top out at around 50,000 - five times what it was last year.

"During the festival, the resort occupancy is at 50 per cent, so we have a lot of room to grow," Hardy Mishaw pointed out. "The opportunity to continue to evolve and own this festival week, and really expand our programs throughout the year, certainly is there."

The economic impact of the entertainment sector is $4 billion annually in B.C. alone, and in order to survive and thrive in challenging economic times the tourism industry has to diversify.

"The entertainment sector is a sector that Whistler can certainly benefit from," Hardy Mishaw said.

"It's a natural cycle; you're looking at the age of the population, you're looking at lots of things. But the great news is we're not starting out, we're 10 years into this, so we have an incredible following... I think we've earned our stripes, so to speak, but we still have a long way to go."

Now, heading into the organization's 10 th anniversary year the Future in Focus campaign is well underway and the project will be completed within the year. So far, they've secured almost 15 per cent of the necessary funds. They also have another $2 million in "asks" or proposals out to various prospective donors, and are in the process of applying for $750,000 in funding from the Federal Government's Canada Cultural Spaces Fund.

"So we're in campaign mode; we are dialing for dollars right now."

Hardy Mishaw points out that every dollar counts, and encourages locals to support the campaign by making a donation: by purchasing a seat in the new venue for $1,000, or purchasing the naming rights if you happen to have a bigger chunk of change.

"It's really critical that we get support from the community of Whistler."