The lady and her (very precious) violin 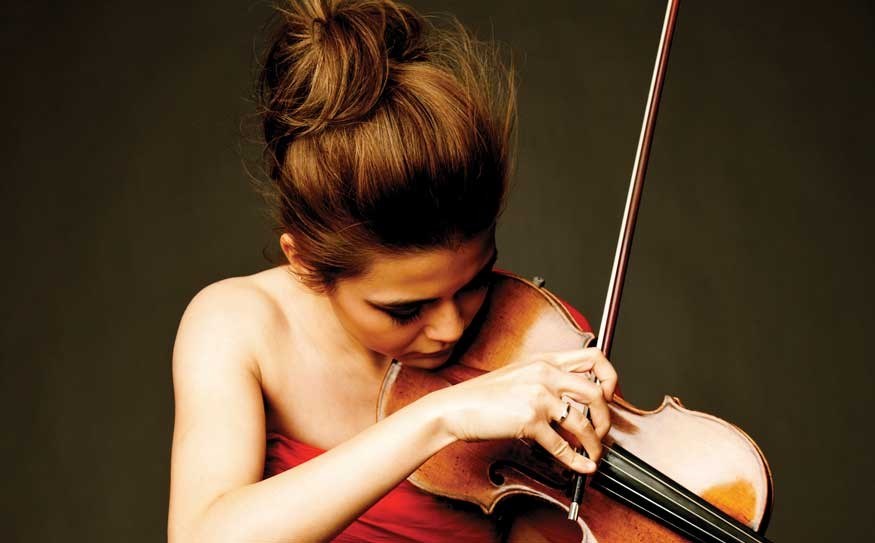 When she first picked it up, she could tell it hadn't been played very often. Like humans, instruments need constant attention — they need love, musicians say — to reach their full potential. When left alone, they can become stubborn. Her violin was stubborn.

"When I first picked it up, I knew that it wasn't played on very much, you could sense that there was something that wanted to come out, but it just needed time for it to come out, to be loved," she says.

It's a Stradivarius — renowned as being the finest stringed instruments in the world —made in 1703. What, exactly, this violin had been up to for two and a half centuries is unknown. But about 60 years ago, an amateur violinist purchased it but rarely played it. Instead, it spent the bulk of those years on display, unused, until a family purchased the violin for Gomyo's exclusive use.

"It's been an incredible journey because I really believe when you're dealing with an instrument that's that old, it takes a long time to get to know it," she says.

"It's like having a constant communication between the violin and myself. You sort of find a way to have the best collaboration with each other, over time."

In the decade since, Gomyo and her violin have been dazzling audiences all over the world. She's been a soloist for the Cleveland Orchestra, New York Philharmonic, Los Angeles Philharmonic, among many more in North America, Europe and Asia. She'll perform for two nights this weekend at Whistler Olympic Plaza with the Vancouver Symphony Orchestra.

Born in Tokyo, she moved to Montreal with her family and began performing professionally when she was 15. She's been hailed as one of the greatest talents of her generation, lauded by critics for her vitality and intensity.

As is typically the case with supremely talented individuals, the media has lavished her with impressive adjectives. She was considered a prodigy as a teenager and, today, is considered by many to be a virtuoso.

As flattering as it is, Gomyo only laughs.

"(Virtuoso) is kind of a Hollywood-ish term," she says." To me it doesn't really mean anything. What people mean by virtuoso... I guess it's supposed to be impressive or something? I don't know. It's certainly not a word that I would use to describe myself."

She says there's a breed of classical musicians who try to impress the crowd with their "technical acrobatics" (these exist in all genres, of course). Gomyo has other ambitions. It's about emotion and communicating that feeling through her instrument. Like with all great music, it's the heart that matters.

"The power of music is so incredibly beyond us, I feel, and our job as musicians is to try and do justice to it in the best way we know how," she says. "That's a lifelong journey, I believe, so I just want to grow as a musician."

Gomyo is now based in New York but says she spends less than a week per month at home. The rest of her time she spends on the road. New York, for all its wonders, has become a "great place to travel in and out of."

Her life right now is her violin.

"This is definitely the time to be doing crazy things," she says. "I'm still young, I have lots of energy and I'm very excited about this lifestyle because there are still a lot of people who need a lot of music played."