The Nadeau Ensemble brings A Prairie Christmas to the mountains 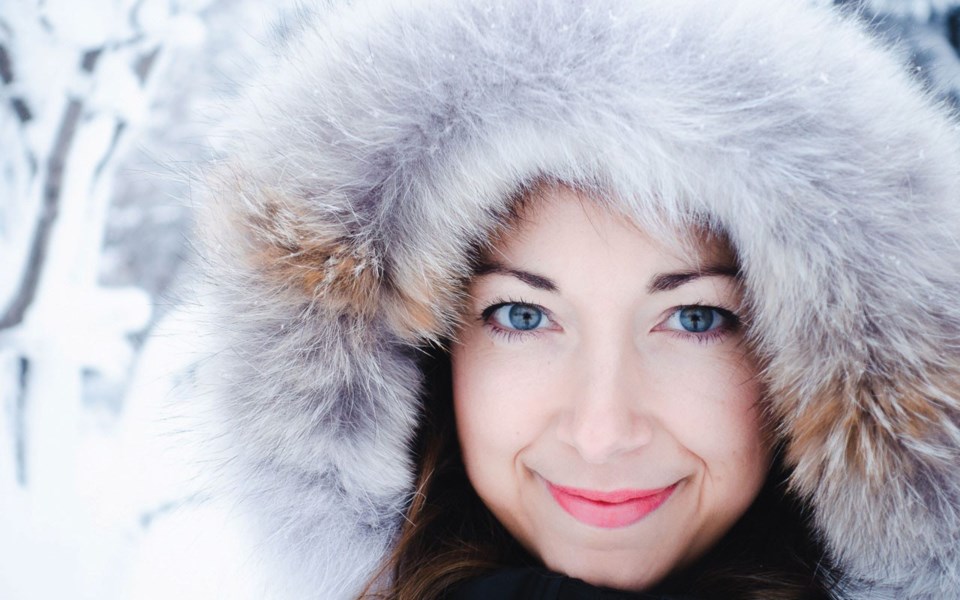 When I phone Janelle Nadeau after she lands in Edmonton, we're supposed to talk about the Christmas concert she's touring across Western Canada.

But I have one burning question to address before we can dig into carols: What was it like to play with the orchestra that accompanied The Who at Rogers Arena in October?

I had no idea she had been the harpist onstage—hired as part of the Vancouver Opera Orchestra—at the massive rock concert until I read her biography in preparation for our interview.

"They walk on, you sit down, you run through the pieces and anything that's a little bit wonky or didn't go as well as they wanted, they tell you," she says, summarizing the experience with the legendary U.K. rockers. "As classical musicians in that setting, it's your job to play every note and following everything, that's it ... It's not terribly complicated music for us. It ended up being really enjoyable."

(While they didn't interact much with the band, the orchestra did get a thank you from Pete Townshend.)

I might have been impressed, but it's hardly the first time Nadeau has played alongside big names. She's also taken the stage with acts like Diana Krall, Kanye West, and the Vancouver Symphony Orchestra.

But, currently, she's in her third year of touring her show A Prairie Christmas with The Nadeau Ensemble.

Alongside Kim Robertson on Celtic harp, Joaquin Ayala on a range of little-known instruments like the symphonie, tambura, and harmonium, and Serena Eades on violin, the group has made their way from Vancouver to Pinawa, Man., and back this year. They will cap it off in Whistler on Sunday, Dec. 15.

"We tell stories about our Christmases, pasts, traditions, and families," Nadeau says. "This time of year, it's about the connection with people we care about—maybe even people who aren't around anymore. I find Christmas brings those memories back every year—and, of course, we're living in the here and now, making memories this season."

In general, they stay away from "commercial Christmas music" in favour of carols like "Silent Night" and "Angels We Have Heard on High."

The goal is to conjure up the simple, cozy feeling of the prairie Christmases of Nadeau's youth—hence the show's name.

"There's something lovely and quaint about a prairie Christmas," she adds. "Even the imagery of that—there's snow, it's cold, it's not flashy, there's not a lot of fuss. It feels good and warm. It's all the good parts of Christmas. It feels right."

Now into her third year touring the show, Nadeau says it has been special to become part of people's traditions.

"We also get new people and lots of young people who say, 'I can't wait to do this next year,'" she says. "My grandma comes—obviously—to my shows, but my 16-year-old cousin thinks we're awesome too. It's something they can enjoy together. Besides their game of mini golf this summer, there's not many things they're connected with."

That's part of why Nadeau puts so much time into the show; she's been working on it since summer. But, luckily, "I love Christmas," she says. "So it'll take a lot more than a tour to Christmas me out."

Catch The Nadeau Ensemble: A Prairie Christmas at the Maury Young Arts Centre on Sunday, Dec. 15 at 3 p.m.

Tickets are $15 at showpass.com/a-prairie-christmas or $20 at the door.